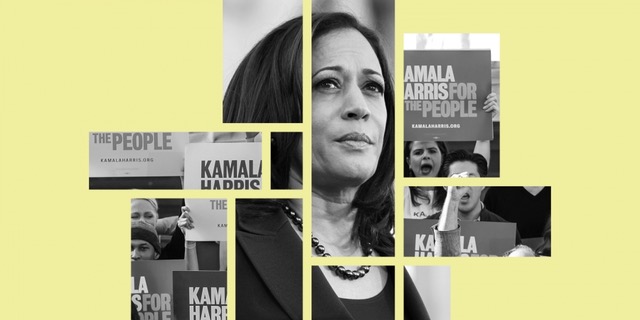 What hath the Democratic establishment composed of an assortment of neo-liberal glad-handers, austerity buffs, economic right wingers and war hawks presented us with for this quadrennial celebration of hypocrisy and boorishness (aka U.S. presidential election)? Why it’s a matched set — a super hawk and a super cop.

We’ve discussed ad nauseam the dispiriting career of Joe Biden, Democratic candidate for president. Now we turn the fire hose of truth onto the new democratic “It” girl—vice-president-in-waiting Kamala Harris. If Biden reminds us of the less than stellar past of the empire, Harris has donned the laurel wreath as the ‘gift’ the present tries to foist on the future. It’s a melody that’s been repeated with slight changes in harmony over the last eight decades, making the past a blueprint for a future which for the majority is no future at all.

How to describe a political chameleon like Kamala Harris? As with another go-along-to-get-along Democrat, John Kerry, she was for the Green New Deal and Medicare-for-all before she was against them. Anxious not to make her reversal seem like what it was — political opportunism— she deflected a question about her departure from progressive policies taking refuge in the identity defense, describing herself as — “a woman who grew up a black child in America who was also a prosecutor, also has a mother who arrived here at the age of 19 from India, who also likes hip-hop…” followed by that insincere and monumentally annoying giggle.  On another occasion, when she was asked to explain her 2019 comment on Medicare-for-all — “The idea is that everyone gets access to medical care…Let’s eliminate all that [the complexities of a profit-driven healthcare system) and move one,” she punted — “I would not have joined the ticket if I didn’t support what Joe is proposing.” To give it a nice global spin she ended with — “The future of everything we care about – from access to health care to voting rights – is on the ballot.”

That’s the essential Kamala — establishment-friendly, always on the side of the Democratic center-right mainstream, while continuing to keep a sharp eye on the pulse of other sectors of the party in order to shift her position as the wind blows.

What Kamala’s performance as both the San Francisco DA and the Attorney General for California point to are disturbing harbingers of an unprincipled, ambitious politician who by dint of her immorality and lack of principle is the perfect running mate for Joe Biden. 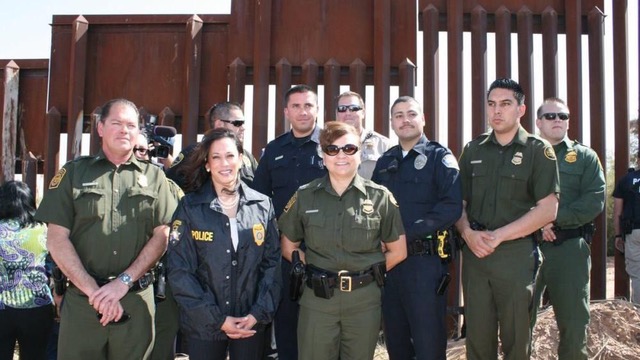 In her book, The Truths We Hold, Harris imaged herself a “progressive prosecutor” who used “the power of the office with a sense of fairness, perspective, and experience, someone who was clear about the need to hold serious criminals accountable and who understood that the best way to create safe communities was to prevent crime in the first place.”

That is not how others remember it. “As far as I know, she did very little if anything to improve the criminal justice system …when she had the authority to do something as attorney general she was absent… I’m very skeptical of her views of criminal justice… she basically carried on the policies of her predecessor for the most part in battling us on getting the prison population down and anything else that the government wanted to do to prevent prison conditions from improving.” [Donald Specter, executive director of the Prison Law Office]

Her self-described role as a “progressive” prosecutor is belied by her position on numerous progressive issues —1) Opposed legislation that would have made it mandatory for the California DOJ to independently investigate all police shootings. 2) Refused to support the use of body cameras on police state-wide. 3) Attempted to block a court order allowing transgender reassignment surgery for a transgender inmate. 4) Opposed the elimination of cash bail. 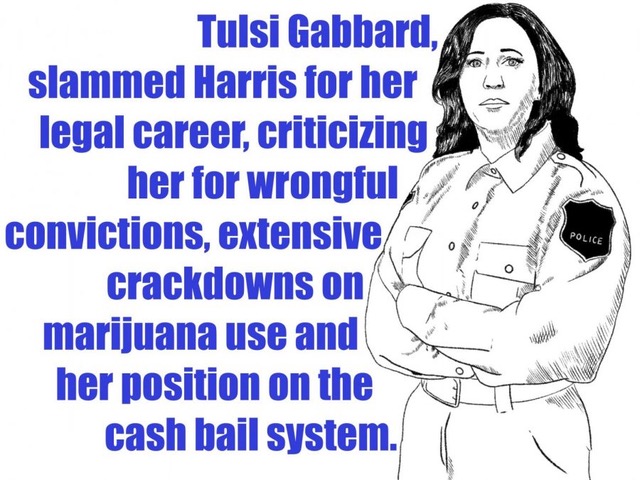 Taken as a whole her human rights record when she was California’s Attorney General makes her an ideal vice presidential candidate — for the Republicans. In a televised interview, she bragged about putting over 1500 people in jail for marijuana use and then emitted that fearsome giggle when she was asked if she ever smoked marijuana. In another case, she blocked evidence she knew would have freed a man from death row until the courts forced her to do so.

Her disregard of lawful judicial orders set a new record. Even the normally acquiescent media had their fill. The LA Times reported that attorneys in Harris’ office had unsuccessfully argued in court that the state could not release the prisoners it had agreed to release [after a court order] because “if forced to release these inmates early, prisons would lose an important labor pool.” These are prisoners, the Times reported, who are paid between “8 cents to 37 cents per hour.”

What’s a crooked politician to do when her dirty deeds are uncovered? Just what Kamala did — “I was shocked, and I’m looking into it to see if the way it was characterized in the paper is actually how it occurred in court. I was very troubled by what I read. I just need to find out what did we actually say in court.” [“I’m shocked, shocked, to find that gambling is going on in here,” says Captain Renault while he’s collecting his winnings in Casablanca]

One of the most troubling blots on her record was her criminalization of truancy —ramming a law through the state legislature that gave her the power to jail the parents of kids who skipped school, most of whom she knew would be in black and brown families. “I believe a child going without an education is tantamount to a crime. So I decided I was going to start prosecuting parents for truancy. As a result of Harris’ bid to put herself in the national spotlight, in 2012, a homeless woman was sentenced to 180 days in jail. After a public outcry Harris was forced to drop the charge and the program.

No surprise then that Biden’s announcement of Harris as his VP sent for-profit prison stocks through the roof.

Harris talked a good game — “Fighting for the people meant fighting for middle class families who had lost their home and been defrauded by banks during the Great Recession. We went after five biggest banks in the U.S. and won $20B for California homeowners and passed the strongest anti-foreclosure laws in the country.” Nowhere near enough for the damage criminal banks wreaked on beleaguered California homeowners.

Like all politicians who allow dreams of glory to override their commitment to justice, the taint of corruption tarnishes her record. Take the case of current Treasury Secretary, Steve Mnuchin, known to most Californians as the “foreclosure king” when he was CEO of One West Bank. In 2013, prosecutors on her staff told Harris in a “secret” memo that they had “uncovered evidence suggestive of widespread misconduct” at OneWest Bank, and recommended that she “conduct a full investigation of … misconduct and provide a public accounting of what happened.” Harris never did. The Campaign for Accountability went even further and called for a federal investigation of Mnuchin and OneWest Bank claiming they used “potentially illegal tactics to foreclose on as many as 80,000 California homes.” Harris’ response — “We went and we followed the facts and the evidence, and it’s a decision my office made. We pursued it just like any other case. We go and we take a case wherever the facts lead us.” [1/04/2017].

Steve Mnuchin left California a multi-millionaire. Thousands of Californians lost their homes and went bankrupt. Coincidentally, Harris was the only Democratic Senate candidate in 2016 to get a donation from a grateful criminal, Steve Mnuchin.

There’s much more. Often repeated on the campaign trail, her claim that she always fought “on behalf of survivors of sexual assault, a fight not just against predators but a fight against silence and stigma.”  There were a number of exceptions to that policy, notably the Catholic Church, a heavyweight in San Francisco politics. As district attorney, she threw survivors of pedophile priests under the bus by refusing to meet with them or release the clergy abuse files they needed to make their cases. 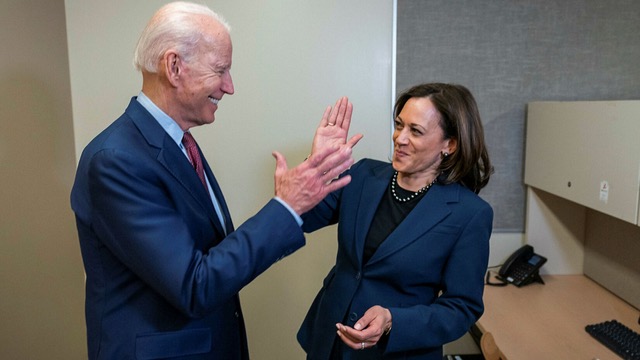 Joe and Kamala, two self-serving political hacks. One wrote a bill that criminalized the lives of black and brown people, the other enforced it.  So now you know. Two peas in a pod.