“In honor of Flag Day…bring your worn American flags and drop it into the special receptacle. Thanks to our local Boy Scouts, VFWs, military organizations and American Legions for their help in properly retiring all collected American flags.” 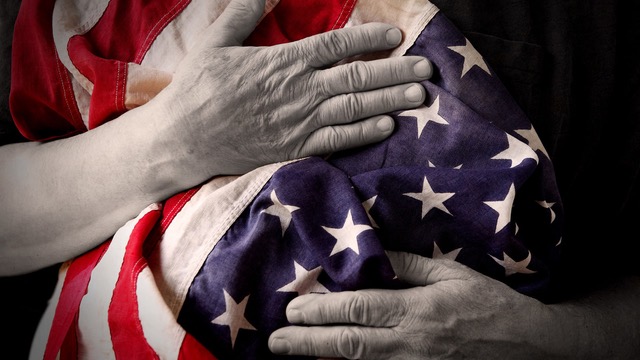 You’ve got to hand it to the Empire. Taking care of business when it comes to the American flag, a critical symbol of all the flag-waving rituals non-military Americans love to indulge in. Taking care of the men and women who actually do the fighting— not so much. Perhaps that has something to do with the fact that one-half of one percent (.5%) of Americans serve in the military. Those serving are not the powerful and privileged who would demand attention and probably get it. They’re mostly “just folks,” who risk their lives for an education or a job.

Since the U.S. abolished conscription (the draft) in 1973, the gulf between the military and the rest of us has been widening. Far removed from the days when military service was a badge of honor, today most of us prefer the sidelines. America’s elected leaders share our disinclination. In 1975, 75% of Congress had some military service. Today, only 18 (4%) House members and 19 (19%) Senators are veterans. Even fewer of their children are feeling the patriotic urge to enlist.  The two presidents before Obama (who was born after the draft ended) Clinton and Bush, Jr. avoided military service, one behind draft deferments and the other by joining the National Guard (although he was generally MIA), the sitting president claimed bone spurs to evade the draft. 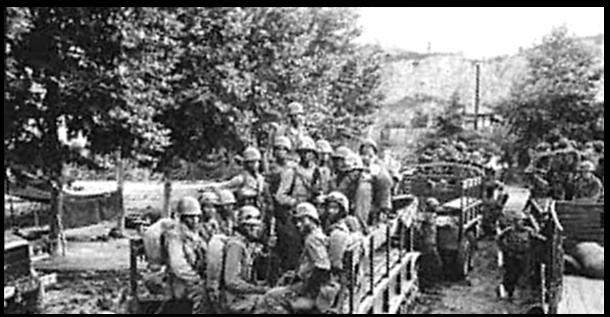 While the elites mostly sit out America’s wars, 1.34 million middle and lower class Americans enlist —many of them to get veteran’s benefits to pay for college or the training they hope will lead to a good-paying civilian job. One-third are Black or Hispanic (2017). The rest of the population contents itself with a hastily-whispered “thank you for your service” in the grocery store checkout line and a flag salute at public events.

In an Empire committed to ruling the world, veterans who return from war zones unscathed are held in the highest esteem. Those wounded in body or mind are not so lucky. The main stream media made much of Donald Trump’s vitriol against John McCain — “I like people who weren’t captured.” This attitude, though repugnant, is far from uncommon in today’s America. The rise of veteran suicides is one marker of how we are failing those who return from U.S. war zones with physical or emotional wounds.

According to the VA, in 2019 seventeen veterans took their own lives every day — one and one-half times greater than the rate for the U.S. non-veteran adult population. Buttressing this horrifying reality are the findings of the General Accountability Office about significant reductions in money and effort on suicide prevention by the VA in 2017 and 2018 that left $5 million unused in its suicide prevention outreach budget. 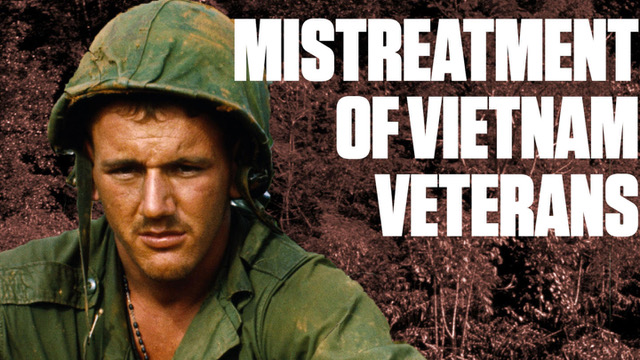 Another statistic in the VA suicide report screams neglect, the treatment that most vets will receive when they are no longer needed on the front lines of the Empire’s perpetual wars.  While vets of all ages commit suicide, over one-third (38%) are between 55-74 years old. Why has no one with the power to make change happen spoken out as wounded soldiers have had to live most of their lives without very much or any care? Starting wars is child’s play. Taking care of those who fight them is more complicated involving money — lots of it and first class medical and rehabilitation services.  Shame on the U.S. for its abject failure to provide that help to the men and women who have given their all on the Empire’s battlefields.

The scope of the problem perpetual war leaves in its wake is mind boggling. Of all post-9/11 veterans, 1.7 million have reported a service-connected disability as of August, 2018. Rather than rising to the challenge to find new and better methods for taking care of them, in 2013 the VA came up with another solution. They stopped releasing figures on the number of service members who filed health and disability claims. Their excuse — national security. Public outcry doomed that brilliant idea.

The next time you are asked to stand at your fourth grader’s soccer match to “honor our troops” think about the one million soldiers who need real support quickly to get on with their lives. As with most things the Empire attaches little importance to, the backlog of claims decisions (those taking longer than 125 days) hovers around 80,000 in any given year (report from the VA Inspector General). For those who are refused benefits (80% of Gulf War veterans were refused the first time they applied), appeal procedures take an average of 7 years.

What about the care that wounded veterans have a right to expect from the government that put them in harm’s way in the first place?  According to a 2018 report from the Government Accountability Office, the Veterans Affairs Choice program which was supposed to eliminate long wait times at VA medical centers has not done the job. Most veterans continue to wait months to see a doctor. 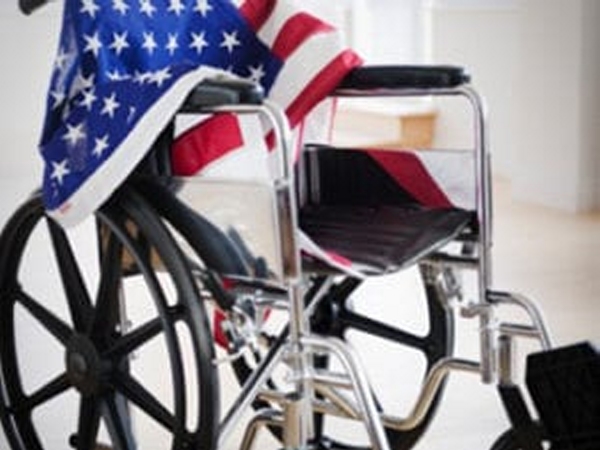 A tattered old American flag receives tip top care from a whole raft of organizations —like the Boy Scouts, VFW, and the American Legion. The same caring and concern is also lavished on healthy veterans who are showered with thanks for their service, honored at sporting events and bask in the glow of a nation’s gratitude for not having to fight the wars themselves. If, on the other hand, you are a wounded or disabled veteran, chances are your needs will go unfulfilled. Tributes will be almost non-existent. Medical care will take far too long, programs to help you manage the mental and emotional problems arising from your service will be hard to come by and the monetary benefits that you deserve will come too late or be denied.

Think of that the next time you are tempted to say to a soldier in uniform “Thank You for Your Service.”