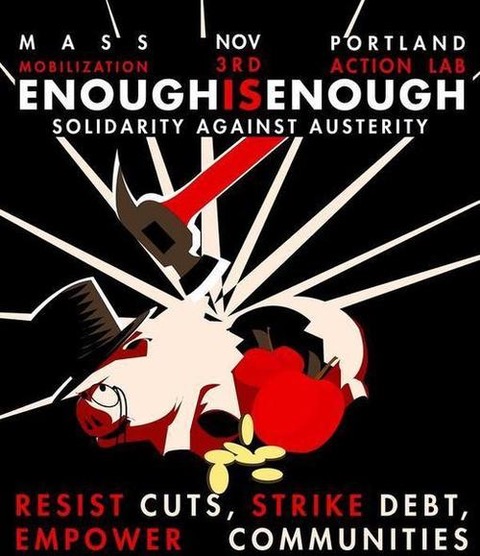 If like seven million other viewers, you tuned into the May 16th no-expenses spared extravaganza Graduate Together: America Honors the High School Class of 2020, you may have noticed that something was missing. What wasn’t missing was the usual assortment of empty truisms billionaires love to trot out. Saturday night’s special was chock full of ruminations on life’s challenges from those who don’t have any and unhelpful advice on remaking the remains of a shattered social compact from those who are doing just fine amidst the wreckage.

The stars of the show, big-time operators from the sports and entertainment industry and for good measure the operator-in-chief, a former president, were bursting with hollow tributes (and little else) for the three million graduating seniors  “It has been remarkable to watch these young people… demonstrate courage and resilience beyond their years… In doing so, they have given every American reason to feel hopeful about our future. #GraduateTogether is an opportunity for us all to pay tribute to what these incredible students have accomplished.” (Russlyn Ali, CEO and Co-Founder, The XQ Institute, a major sponsor)

LeBron James, whose foundation was a major sponsor, offered some homespun philosophizing (and little else)  “… education is so much more than academics. It’s about a shared experience, a journey we’re all on together—students, parents, educators… While this won’t be the graduation experience they were supposed to get, we hope we can still give them something special because they deserve it.” Heaven forbid his “something special” should include real help like financing debt relief which will surely be the future of the majority of graduating seniors. 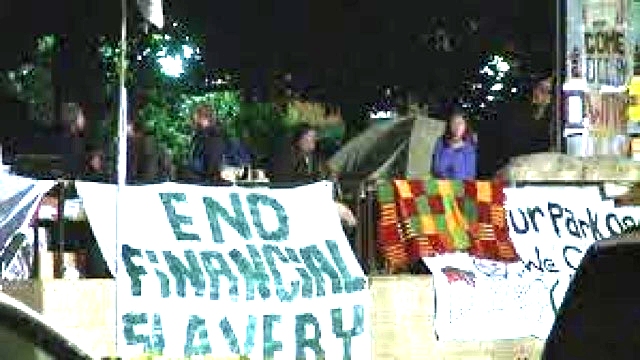 No, LeBron, they deserve much, much more than two hours of elitist grandstanding. And while we’re at it, that’s exactly what was missing — pledges of financial support from the billionaires and millionaires that put this shabby event together to cover the expenses of every college-bound senior or student who enrolls in any post high school education or training programs. How about treating the kids they pretend to care about like they treat their corporations? Hire a lobbyist to pressure congress for universal free college and a loosening of bankruptcy laws (the brain child of Joseph Biden in 2005) to allow students to discharge their student loans.

The sad fact is that the rhetoric dished out Saturday night does zero to help graduates maneuver through the world they have inherited.  Consider the obstacles — a ravaged planet that may well become unlivable in their lifetime, a healthcare system that will eventually bankrupt twenty or thirty percent of them, and an empire complete with emperor that will gradually whittle down their right to privacy, expand militarized policing and continue endless wars abroad. 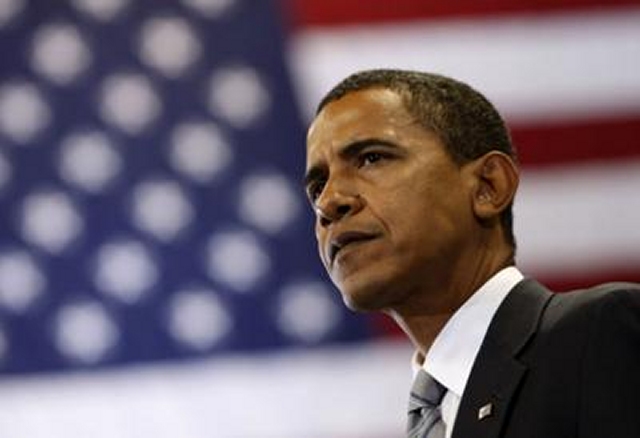 While the entire event reeked of “sound and fury signifying nothing,” President Obama’s speech, billed as the evening’s highlight, rang the bell at the top of the hypocrisy meter. Granted we’ve heard it all before, his classic “hope and change” speech but here are a few of his newest elaborations on the theme.  “This pandemic has shaken off the status quo and laid bare a lot of our country’s deep-seated problems from massive economic inequality to ongoing racial disparities to a lack of basic healthcare for people who need it …our society and our democracy only work when we think not about ourselves but each other… ground yourself in values that last like honesty, work, responsibility, fairness, generosity, respect for others and finally build a community …if we’re going to create a world where everybody has the opportunity to find a job and afford college, if we’re going to save the environment and defeat future pandemics, then we’re going to have to do it together … Thank you class of 2020 for making us proud.”

It will take a lot more than rhetoric to improve the future prospects of these young people. With economic inequality out of control in the U.S., today’s graduating seniors need someone in their corner willing to support their dreams with cold hard cash. Sadly, that wasn’t in evidence at Saturday’s extravaganza. Amidst all the congratulatory fervor, nary a second was spent on hot button issues like free college tuition or universal single payer healthcare or anything else that might require a financial commitment from these plutocrats. Instead it was business as usual with vague calls to “change the world” and “finish the job.” How about the stars of the show pitching in to clean up their own mess?

When it came time to “send in the clowns,” the “great minds” behind this disaster didn’t disappoint. Guess who they selected to receive the money fawning corporations and BFF foundations were expected to ante up? Two charities, DonorsChoose and America’s Food Fund, whose work, laudable as it might be, isn’t going to solve the problems of these students. 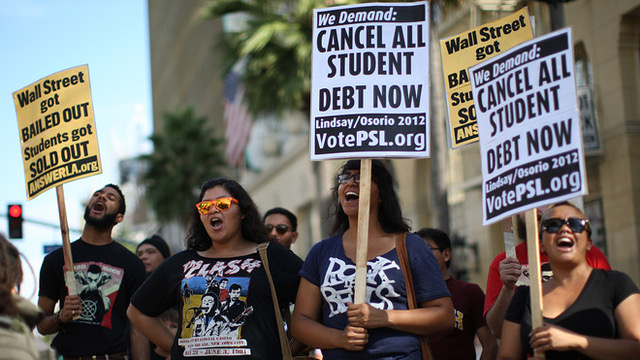 Before you abandon hope entirely, be aware that there are other organizations, smaller and not as well-financed, trying to make a dent in the financial needs of students. Several years ago, a People’s Bailout Telethon was held to buy student debt at pennies on the dollar. The result—the telethon raised $368,428, money that was used to buy up over $7 million of debt and make 2,700 students debt-free. The effort is continuing.

A small step to be sure but unlike Graduate Together, a solution that made a real difference and paved the way for other forays into organized resistance to the status quo. Springing up all over the U.S. are likeminded attempts to solve problems not apply band aids. Look around and you will find groups of citizens working together to provide collective relief to U.S. families in desperate need of help. And don’t forget those brave souls out in the streets, in spite of pandemic curbs on free assembly, braving police violence to protest the greatest wrong of all — murder by cop.

All in all, last Saturday’s special seemed more like a shield to protect the comfy life of oligarchs. The public is beginning to wake up to how they’ve been conned.  Today in the U.S. there are the beginnings of a new energy — people working collectively to put some muscle in the American dream, holding elected officials’ feet to the fire and demanding redress in the streets. Promises of hope and change won’t wash anymore. Sooner rather than later, an aroused public will demand real solutions to real problems.