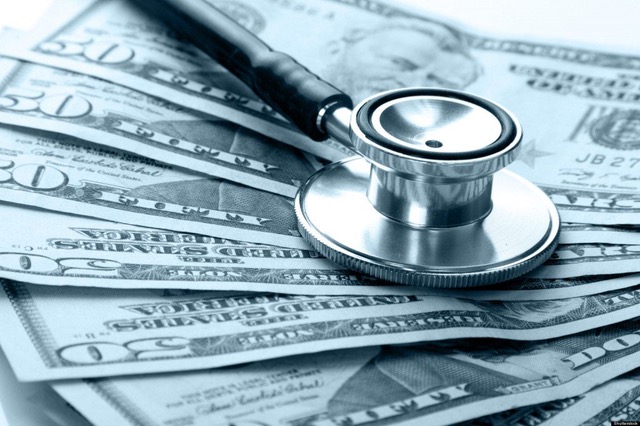 Every visit to a doctor’s office or hospital is a painful reminder that the U.S. healthcare system’s raison d’être is profit not patient care. The big-time crooks running U.S. drug companies are a good example. Right about now they’re hotfooting it to be first to develop a COVID-19 vaccine and collect the billions of dollars a desperate public will pay to stay well. Secretary of HHS (Health and Human Services) Alex Azar, formerly chief lobbyist and president of U.S. operations for Eli Lilly, his lizard brain focused as always on profit was asked how the government will regulate the price of a vaccine. He was shocked —“We can’t control the price [of any future coronavirus vaccine] that might not be affordable for all Americans.”

Whether a Democrat or Republican occupies the White House, the bond between government and private industry is indissoluble. Not content with the gigantic haul they anticipate receiving from ripping off consumers with a coronavirus vaccine, drug companies are chasing additional government handouts for research and development (R&D). Blackmail is the tool of choice when profits are on the line— “If industry does not know if there will be a market in 18 months, [it] cannot carry all [the costs]. Industry alone can’t provide all the investment needed now for billions of doses,” Reality check — this choice bit of “persuasion” came from David Loew, the executive vice-president at Sanofi Pasteur, a drug company whose 2019 revenue totaled 40.51 billion an increase over the $38.59 billion they carted away in 2018.

Then there’s the haul to be made when the government gives a drug orphan drug status under the Orphan Drug Act of 1983. It’s happening with remdesevir, a Gilead drug that has shown promising results in early tests on severely ill COVID-19 patients. That designation allows Gilead to own the marketplace for remdesevir for seven years. To get that designation so quickly, friends in high places are a must.  Gilead’s godfather is Joe Grogan, a former lobbyist at Gilead who is director of the United States Domestic Policy Council and assistant to President Donald Trump.

To be clear, this “gift” was totally undeserved — “…the FDA has handed Gilead, one of the most profitable pharmaceutical corporations on earth, a long and entirely undeserved seven-year monopoly and, with it, the ability to charge outrageous prices to consumers.” (Peter Maybarduk, director of Access to Medicine program)

While big Pharma is normally impervious to outrage, this time public shaming worked, Two days after the announcement, Gilead asked the FDA to rescind the “orphan drug” designation. Score one for the people.

Big Pharma may be the poster child for the dysfunction of the system but every aspect of U.S. healthcare— from doctors’ practoces to hospitals to the health insurance racket is run by corporate criminals. 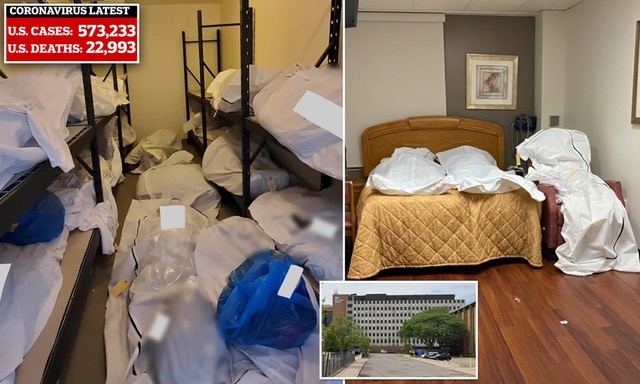 Look no further than nursing homes where at least 10,982 (as of April 23) elderly residents many with compromised immune systems and other serious health problems have died from COVID-19. Another 36,500 residents and staff have contracted the virus. With U.S. nursing homes indistinguishable from “death pits,” (Betsy McCaughey, former NY Lieutenant Governor) the toll is staggering — 17 bodies found in a make-shift nursing home morgue, a quarter of a Virginia home’s residents and 24 elderly residents at a home in Maryland dead, more than 100 residents and workers infected at a home in Kansas, and 37 at a facility in Washington state. The military veterans the U.S. “honors” at ceremonial events and heaps with empty praise on the campaign trail are forgotten and die lonely deaths in nursing homes in New York, New Jersey, Florida, Nevada, Maine, Massachusetts, Oregon and Washington.

By its very nature, the virus will take an especially cruel toll on the elderly but slipshod care, crowded facilities, inadequate attention to disease prevention, scarce protective garb (masks, gowns, and gloves) for staff, bare-bones professional staffing and a plethora of poorly-trained low-wage workers are the real killers. Chalk it up to the free market.  For the 70% of U.S. nursing homes that are for-profit institutions (National Center for Health Statistics, CDC, 2016), revenue not care is the driver of performance. Nursing homes have become a niche marked for private equity investors who have poured $5.3 billion dollars into nursing home deals. They make out like bandits selling nursing home assets while crippling the homes themselves with mountains of debt. The end result — patients suffer as staff ratios of professional to semi-professional staff decline and the drive for more profitability produces overcrowding, often three patients to a room. Violations of federal and state laws regarding sanitation and safety are part of their business plan. Patient outcomes decline while revenues surge. When a pandemic erupts, all hell breaks loose. “All it takes is one staff member ignoring standard precautions to expose everybody in a nursing home to dangerous infections.” (Michael Connors, California Advocates for Nursing Home Reform.)

Hospitals are equally culpable. While front-line workers are dedicated to saving lives, they are enmeshed in a system which guarantees that their efforts will have only minimal results.  Like nursing homes, hospitals have succumbed to the temptations of the free market.

You won’t be surprised to discover that President Reagan was at the helm when the ship started sinking. With help from neo-liberal Democratic leaders in Congress, Reagan took a hatchet to basic social welfare programs. and funding of the nation’s hospitals. By 1999, the number of hospital beds in the U.S. had shrunk by almost 40%. That shortage included ICU (intensive care) beds leaving 45,000 nationwide. Administrations, led by Bush and Obama, did nothing to replenish the supply. By 2018, twenty-five percent of U.S. hospitals were for-profit. Rather than expand facilities, their goal became 90% occupancy. Shedding excess capacity seemed like such a dandy idea that non-profit and government-owned hospital made it part of their business plan.

When President Trump came into office in 2017, a calamity became a catastrophe. The highlights of his rap sheet include a 2017 reduction in the amount of federal healthcare money going to health departments across the country, closing both the pandemic office Obama had opened in 2014 after the Ebola scare and the National Security Council’s Global Health Security Unit. He was Johnny-on-the-spot when it came to cutting $15 billion out of the CDC’s (Centers for Disease Control) overseas budget reducing its outreach from 49 countries to 10. 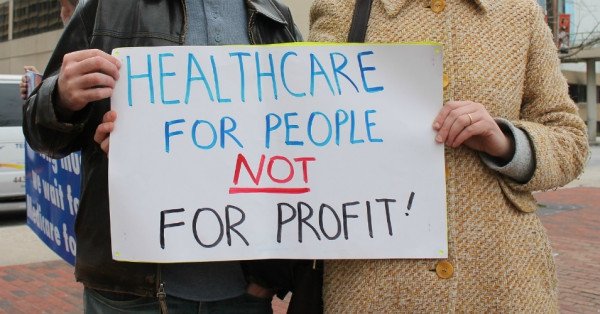 Ask yourself how many lives would have been saved if the U.S. had a national healthcare system that enabled every American to get a coronavirus test and speedy results, equipped medical professionals with the personal protection equipment to treat patients and not jeopardize their personal health. COVID-19 is an equal opportunity affliction. For those who live in a country with a national healthcare system —most of the world —no matter how many lose their jobs, medical care will always be available .