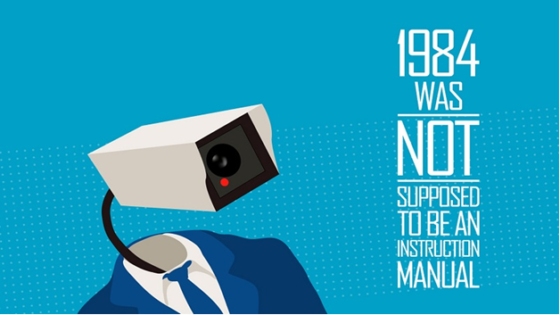 Exceptional nation, surveillance state —You can’t have one without the other. It didn’t take long for the leaders of the exceptional nation to figure out that an exceptional nation must keep its citizens in line and identify its “enemies” —the skeptics who wonder why the U.S. brand of democracy isn’t all it’s cracked up to be. No better way to do it than with a sophisticated secret spying operation. Although the spread of social media and alternative internet news and information platforms have in the last decade awakened a slumbering U.S. public to the reality of mammoth government surveillance networks, the U.S. has in fact been conducting covert surveillance on its citizens since the invention of the telegram in 1844 and the telephone in 1876.

War always gins up the need for U.S. leaders to impose more draconian methods of surveillance. In the midst of the Civil War in 1861, President Lincoln delegated to Edwin Stanton, Secretary of War, the power of spying on and “controlling” (think suppressing) the spread of information the government didn’t want publicized (not good for public morale to find out that 8,000 young Americans died at Gettysburg, the bloodiest battle of the Civil War).

The phantom of social unrest promulgated by federal law enforcement was another convenient excuse for government officials to meddle in the private affairs of citizens. In the 20th century, prohibition and the rise of labor unions galvanized J. Edgar Hoover to set up surveillance (usually warrantless) on bootleggers, labor and civil rights activists, and anyone suspected (evidence not required) of Communist leanings. Skipping ahead fifty years, the early internet, the ARPANET, developed by the military was used in a similar fashion by the Nixon administration in the 70s to spy on anti-war protestors and civil rights activists and leaders (Martin Luther King was a target).

The results of all this snooping? No real evidence of wrongdoing. But the creation of copious files documenting the personal and professional lives of union leaders, socialists, civil rights activists and those suspected of left wing affiliations. Soon every major city had its “Red Squad” responsible for keeping an eye on “suspect” Americans.  The great burden of all this snooping soon required the government to look to the private sector. The private communications (and later telecommunications) companies were quick to capitalize on what, by the fifties, had become national paranoia. In the 60s, this new gold rush prompted the announcement by the private security contractor Wackenhut that it had two million Americans under surveillance, results being shared with the FBI and local police. Data collection of personal information became the national past time. The John Birch Society and other right wing organizations got into the act by maintaining files on those it deemed “un-American.”

Now that surveillance had become an American institution, the next logical step was to prevent crime (stop it before it started). John Poindexter, one of President Reagan’s home boys took on the challenge. The model he came up with known as Total Information Awareness (TIA) set the stage for ongoing efforts to predict what groups were most likely to commit crimes and in what circumstances — “…A computer could… view transactions and content data and draw conclusions… (Chris Hofnagle, UC Berkeley).

Predictive policing, as it came to be called, opened the door to new surveillance technology that eventually dumped the correspondence (emails, phone calls, Twitter and Instagram posts and every other form of digital communication) of most Americans into a government-run electronic network. All that snooping didn’t come cheap. By 2017, the government was spending $90 billion annually on information technology, much of going to Silicon Valley. 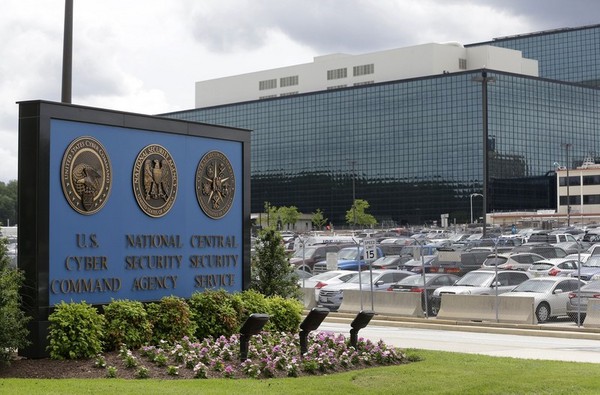 Google was one of the first to eyeball the profit possibilities of getting into bed with the national security state.  In 2004 it purchased Keyhole, a spy satellite program which a gaming company, financed by the CIA, had created. Renamed Google Earth, its 3D computer models of earth were a big hit with the heavies in the NSA (National Security Agency). By 2010 Google had won a $27 million contract to provide the National Geospatial-Intelligence Agency (NGA) “geospatial visualization services.” From that point on, Google became the “eyes” of the U.S. defense and intelligence operation.

And the goodies kept getting more lucrative until Google hit the lottery with Calico its secret bio-tech unit. Although the word on the street was that the project was designed to come up with way to eliminate disease and extend life, the public was informed that Calico would “focus on health and well-being, in particular the challenge of aging and associated diseases. This refusal to be transparent angered other members of the scientific community who wanted to get in on the action. Dr. Eric Topol, a scientist studying aging complained “They can’t talk about what they’re doing…The world has moved on to fully demonstrate the value of openness [and] transparency …Anything that slows down progress in biomedical research can’t be condoned.”  Unfortunately for Dr. Topol, neither Google nor the government financing most of the $1.5 billion Calico budget are big on sharing. This private-public partnership is even more intriguing when you consider that the CEO of Calico is the chairman of the board of Apple, one of the world’s most profitable and arguably creepy companies. 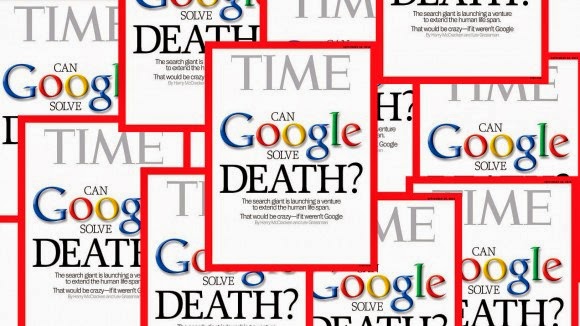 As it turned out, this kind of far-out futuristic research attracted more attention than profit. Google’s real entrance into prime-time moneymaking was based on its data-driven counterinsurgency technology. The most popular items on the wish lists of generals and admirals in the Pentagon are counterinsurgency tools. Google happened to be in the right place at the right time.

With the money flowing out of the government spigot, Google was soon joined by other Silicon Valley technology companies. Amazon negotiated a $600 million deal in 2010 to run cloud computing and storage services for the Spooks (CIA) and other intelligence agencies. Facebook, with a drug-sniffing dog’s ability to ferret out, not drugs, but money, sold its innovative and futuristic research (“hearing through your skin) to various intelligence agencies. But Facebook’s real contribution to the pandemic of surveillance in the U.S. lay in its publicly available targeting tools. Intelligence agencies and local law enforcement didn’t have to bother with pesky court orders to use Facebook’s data on over two billion people.

But that’s not the most egregious invasion of personal privacy. Consider Prism. The NSA program which gets it “juice” from accessing emails, documents, photographs and other user data from Facebook, Google, Microsoft, Yahoo, PalTalk, Twitter AOL, Skype, YouTube and Apple (and undoubtedly myriad other sources). What it does with this information other than store it is classified. Whether it will be any more effective than “old-fashioned” methods for thwarting terrorist attacks is still an open question. Early results are not encouraging.

Storage was the next challenge the surveillance state faced. Considering that billions of pieces of data are scooped up every day, where on earth is there a facility large enough to house it all? Five years ago, the NSA finished construction on a $1.2 billion storage facility in Utah capable of holding five zettabytes of information. A zettabyte is a measure of storage capacity equal to 250 billion DVDs or one trillion gigabytes.

“The NSA has become the largest, most covert, and potentially most intrusive intelligence agency ever… Its purpose: to intercept, decipher, analyze, and store vast swaths of the world’s communications… including the complete contents of private emails, cell phone calls, and Google searches, as well as all sorts of personal data trails—parking receipts, travel itineraries and other digital “pocket litter.” (Wired magazine)

U.S. empire status comes at a price —co-dependency. An exceptional nation powered by a surveillance state. Want to encrypt your most personal documents? The NSA has found a way to decipher almost every encryption system. Want to make your phone impermeable to government snoopers? Although the government has not yet been able to require cell phone companies to build a “back door” into their devices, it maintains that it doesn’t need help to crack the security features on most phones (including the I-phone). Every piece of data, down to a record of every library book taken out, may be swept into the huge maw of the U.S. data collection apparatus. No longer are foreign targets the only priority, the security grim reaper has turned its gaze inward. Through state and local fusion centers where law enforcement of every stripe exchange information gleaned through spying and surveillance, aided by computers of unimaginable power that sift through citizens’ private and public communications to predict the outliers —those for whom special scrutiny is mandated, to massive storage centers where zettabytes of data reside, the empire in its secret recesses watches and waits. For what? Only time will tell. 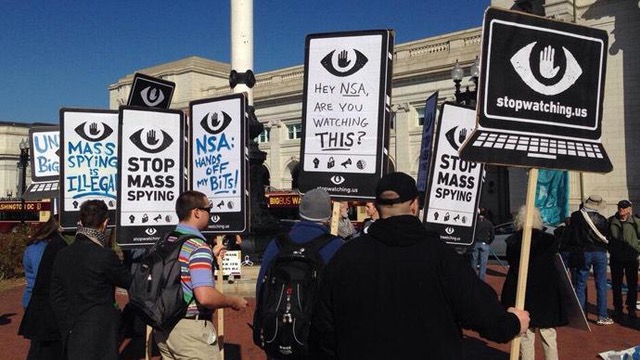 P.S. For those of you who may have missed it, here’s a link to SA’s article on the exceptional nation. Will the Real Exceptional Nation Please Stand Up