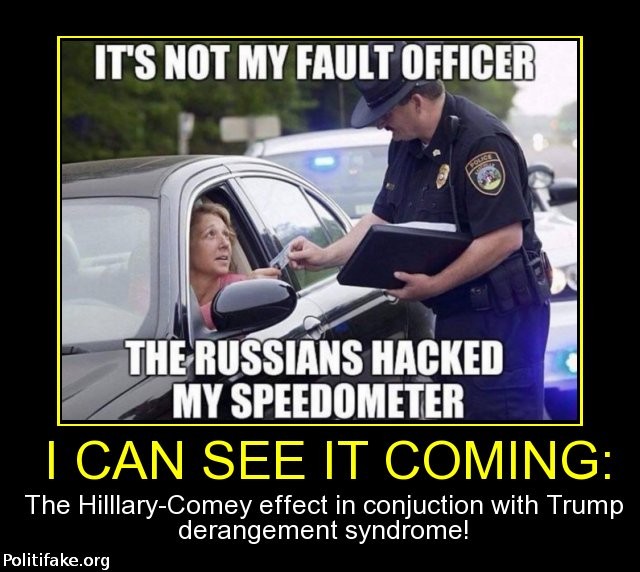 Legacy and All that Jazz

The Obama administration has finally hit the mother lode. Searching for a high note to end his presidency on, Obama’s quest for long-lasting greatness not subject to reality was fulfilled in a time-tested (by most previous occupants of the White house) maneuver — blame it on the Russians. You might not find it in the history books, folks, but the history of the US’s on again, off again relationship with the truth (otherwise known as propaganda) makes solemn pronouncements about the Russian “menace” usually in front of willing congressional dupes and their allies in the “intelligence” agencies, reported on by the corporate-friendly media a popular tactic for an administration in full-dress cover mode.

Obama treads a path well worn by previous legacy-seekers including a fellow Nobel Laureate. Cut to Jimmy Carter* glumly surveying his administration on life support —long lines at gas pumps, double digit inflation with stratospheric interest rates (prime reaching 20%), a hostage crisis followed in short order by a rescue mission that went spectacularly awry. With an election approaching, something had to be done to distract the voting public from his plunging poll numbers and insipid foreign policy. Russia’s concern over unrest in Afghanistan presented the perfect opportunity to save a presidency with a little Russian-bashing. In a 1998 interview Zbigniew Brzezinski, Carter’s foreign policy advisor recalling the bad old days, admitted US complicity in “tricking” the Russians into their “Vietnam” ending in the breakup of the Soviet empire —“We didn’t push the Russians to intervene, but we knowingly increased the probability that they would.” [double speak always carries the day on these occasions]. Of course there would be blowback — arming the “moderate” mujahideen (38 years later meet the “moderate” Syrian rebels with the same result) to thwart the Russians resulted in blowing up the whole Middle East decades later. Unfortunately for Carter, it didn’t work. Like most clumsy diversionary tactics, the cover was a flop, running out of steam before it reached a boil with the result that an angry electorate threw him out of office in 1980. He was left with an irrevocable and lasting stain on his presidential legacy.

Fade to Barack Obama. As his presidency wanes, the big question, at least for him, is the history books. How to take the heat off what history may well record as a dismal catalogue of half-baked reforms, starting with DACA– the undocumented student program whose only benefit might accrue to the incoming administration as its data base is in reality a road map to over 700,000 young people sans papers, to failed promises (closing Guantanamo), repressive policies (section 1021 of the 2012 NDAA, the Patriot Act redux); corporate welfare (Obamacare), endless war (7 countries and counting) and the creation of a surveillance state using a hundred year old espionage law authored by another failed democratic president. We haven’t even touched on his missteps with the economy resulting in 97% of all wealth gains since 2008 going to the —you guessed it —top 1%.  Although corporate media continues to sing his praises, a touch of ennui has crept into the hosannas. Even the popular Obama, Michelle was not gaining much traction as she made nice with Ellen, cavorted with fellow travelers on MSNBC and trod the light fantastic with a worshipful Jimmy Fallon— all geared to throw fairy dust on the death of hope and prostitution of change. It was heavy lifting even among delusional dems who had initially swallowed the Obama malarkey. His ratings are up but history has an unfortunate habit of investigating the facts not the sand castles. Something had to be done and quickly. This was one pig in dire need of Hazel Bishop (for those of you too young to remember, popular lipstick brand sold at dime stores when there were dime stores).  As the legacy failure alert was climbing into the stratosphere, Obama and his homeboys had an epiphany.  Russia, far removed from her glory days, made an easy target.  He needed a diversion and punching Russia’s ticket checked all the boxes.

Not that Obama hasn’t been helped out in foisting his grand scheme on an unsuspecting public. NATO (or US NATO as its called when invading a country), as always, functions as the US water carrier and military surrogate in Eastern Europe. Witness NATO’s steady advance on Russia’s border. At its 1949 formation, NATO’s eastern border was Italy. In 1989, as the Soviet Union was imploding, James Baker, Secretary of State in the George H.W. Bush administration, promised Mikhail Gorbachev, the last leader of the Soviet Union, that the US would not move NATO into former Warsaw Pact countries. That promise quickly evaporated as the Clinton administration took the “legalistic” view that a promise not written down wasn’t a promise at all. By 1999, NATO’s eastward lurch had carried it into the Czech Republic, Hungary, and Poland putting it within spitting distance of Russia. Even that wasn’t close enough, ten years later NATO pulled within 50 miles of the Russian border by adding nine more countries to its roster. Proximity being the sine qua non of future aggression, NATO solidified its aggressive intentions by conducting large military exercises on Russia’s border amid an increasing crescendo of dire NATO forecasts. Here’s NATO’s chief windbag, Secretary General Jens Stoltenbergm in October blustering “Close to our borders, Russia continues its assertive military posturing…We are concerned about it.” Naughty Russia! In the topsy-turvy world of NATO poobahs, this may appear to be a reflection of reality. Since NATO has muscled its way into veritable encirclement of Russia, the more delusional might conclude that Russia is threatening OUR borders. To most of the rest of the world, that view of reality doesn’t pass the sniff test. To add to Russia’s increasing alarm, NATO has already built missile defense sites in Romania and Poland. Two recent announcements tell us all we need to know about US intentions to expand its presence and its firepower on Russia’s border. On July 8, the PBS News Hour announced “US NATO Troop Buildup in Eastern Europe to Counter Russians is Largest Since Cold War” and last week the White House announced that 3,500 US troops would be deployed to Poland. Of course with troops come armaments, tanks, explosive experts and engineers.

This was all well and good for the long-range legacy dilemma. But more immediate actions were needed to provide short-term cover for his accomplishment-light administration. Since Hillary wouldn’t be around to burnish his image, Obama knew he needed to get ahead of the coming Trump takeover. Acting to solidify his support among ex-Bernie supporters, Obama picked up on that old standby, used by every car thief on the planet, the SODDI defense (“some other dude did it”). Obama is pretty clear about which dude – “these data theft and disclosure activities could only have been directed by the highest levels of the Russian government.” Like the Red Queen who announced “Verdict first, trial afterward” Obama’s verdict has not been vetted by any evidence other than a silly compilation of IP address, located in 40 countries compiled by the DHS (Department of Homeland Security) and the FBI.

Thus the perfect cover is created – the Russians did it, again! He’s halfway home already. According to an Economist/YouGov poll in December, 50% of Clinton voters (over 30 million) believe the Russians interfered with election results. And Carter and Obama are not the only post WW II presidents who have attempted to deflect public disfavor by putting the ball in Russia’s court. Sometimes it works. And sometimes it doesn’t. In Obama’s case, odds are that it will. Making him a hard act to follow and a good example of how in political circles, saying does indeed make it so.

**UPDATE: Russian-bashing has become the go-to sport in Washington since Donald Trump “stole” the election. For the newest wrinkle on the Russian hue and cry, check out “Dog Ate My Homework”

Carter did not receive his Nobel until 2002 after the bad taste of his presidency had faded and in recognition of his post-presidency humanitarian efforts, like his Habitat for Humanity charity. Deserved or not, after looking at the post presidential activities of his successors, Bill Clinton for one who wasted no time becoming a multi-millionaire catering to his corporate masters, Carter’s post presidency activities deserve at least an honorable mention.”