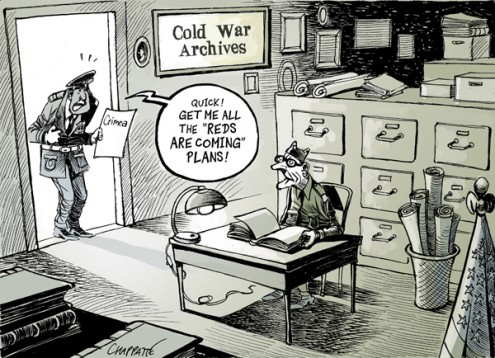 Introduction to “Legacy and All That Jazz”

In “Legacy and All that Jazz,” we look at why “the Russians did it” meme is becoming the stuff of story and song all over Washington DC. After all mutual hacking between Russia and the US and among the US and every other country on earth (even our allies), has been around since time immemorial. Why at this particular moment the crescendo of accusations from all the usual corporate mouthpieces —the political corporatists, McCain and Lindsay Graham are the biggest and most predictable gasbags when the fickle finger of blame is activated, the corporate media (AKA MainStreamMedia), corporate intelligence honchos waiting breathlessly to intone the old George Tenet fight song “slam duck” when asked how credible the evidence is.

If somehow you’ve been doing a Rip Van Winkle since November 8, here’s a sampling of the stuff that passes for reasoned commentary and intelligence fact-finding: “Putin’s up to no good; he’s got to be stopped.” (Lindsay Graham— I know, I know he’s pretty lame when it comes to zingy one-liners. More sobering still, he’s been elected to the Senate by the good people of South Carolina —twice. Makes me wonder what his opponents’ IQs are)

James Clapper, head honcho of all US intelligence agencies, wanted Congress and the American people to know that “Hacking was only part of it. It also entailed classical propaganda, disinformation and fake news.” On the subject of evidence to support his claims that Russian leader Putin was masterminding this threat to US national security (I know, I know what red-blooded American patriot would not accept at face value the assertions of our august Director of National Intelligence) Clapper did his turtle maneuver “I can’t speak to that in this setting.” Another case of topsy-turvy America— the land where saying makes it so.  My personal favorites out of this morass of bipartisan sniping are the comments of Senator Tim Kaine, Hillary Clinton’s running mate whose ethical standards lie somewhere between Al Capone and Spiro Agnew (for a reality check on good Senator Kaine, check out “The Company He and She Keep”). He whined that he was a victim of fake news and implored the committee to remember Watergate “It is my hope that this Congress is willing to stand in a bipartisan way…as the Congress did in 1974,” Since the “stand” Congress took in 1974 was against the malfeasance of a sitting president, is Kaine calling for a full-dress investigation into the malfeasance of the current resident of the White House? Not such a bad idea. (for a quick tiptoe through the tulips of the Obama presidency, check out  “Legacy: Obama’s and Ours”)

For those of you who either don’t remember, or weren’t born yet, there was a chant among the anti-war left in the sixties “Make Love, Not War.” Today there is virtually no peace movement and few Americans really believe that love trumps war. Certainly no one in “polite society.” Russian bashing is the new normal.

The implicit question in the next piece — the Russian “conspiracy” was it all a cover for eight years of empty oratory, corporate posturing, and congressional dithering or is it the opening salvo in a concerted campaign to make President-elect Trump the fall guy as the US goes to the precipice of war? Make up your own mind.

Read the Rest of Legacy and All That Jazz