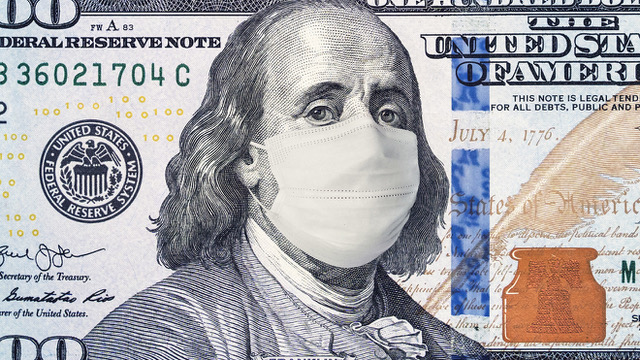 How could it be that forty-two percent of the public [Gallup poll, November 1] are not willing to be vaccinated against a disease that has already struck fifteen million Americans and killed almost 300,000. More puzzling still, four months earlier In the very same poll only 34% were opposed to getting the vaccination.  What changed? Why are more and more Americans not believing the pledge of nine major drug companies to “make the safety and well-being of vaccinated individuals our top priority?” According to conservative and liberal think tanks and the Gates Foundation, it’s those ‘crazies’ in the anti-vaccination movement who are spreading lies— Disinformation is just too easy to spread [Melinda Gates]. Or does it have more to do with the U.S. private for-profit healthcare system where investor returns and executive salaries are the priority? Without question, drug companies doing business in the U.S. put profits over people producing expensive, profitable vaccines on an America First basis, while other highly developed economies, most with national healthcare, like China, Russia, the WHO’s Covax program, are already starting to provide low-cost vaccines wherever they are needed around the world. 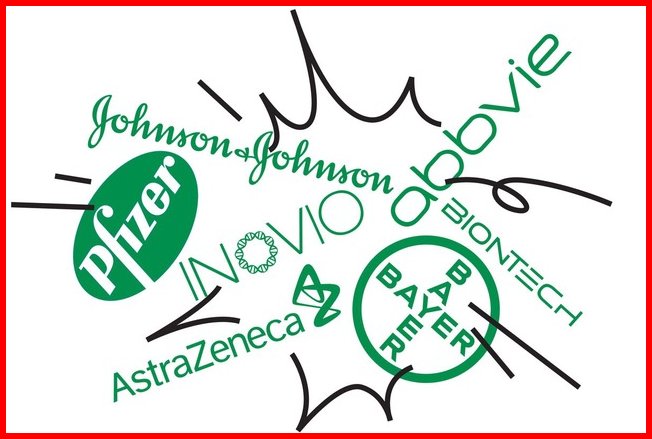 In the U.S., a pot of gold of at least $38.5 billion awaits successful vaccine makers. The first-to-market company will take home more than half of that total including the nine billion taxpayer dollars that went to the drug companies via Operation Warp Speed. That booty was handed out to five competing drug companies with no-strings attached not even a guarantee that the vaccines would be free. It’s a marketing bonanza that features dueling press releases trumpeting the progress of each vaccine maker. Forget peer reviewed journal articles or analyses by independent researchers. Where serious profits are involved, serious science takes a back seat. Not everyone agrees that this is the way to instill confidence in the public. “Reporting the COVID-19 vaccine trial results in press releases before publication in journals is neither good scientific practice nor does it help to build public trust in vaccines.” [four scientists writing an editorial in the British Medical Journal [BMJ]

This is how the business of U.S. healthcare gets done. Hours after Pfizer put out a press release announcing the successful results of clinical trials, shares of Pfizer stock jumped 15%. Days later, Pfizer’s CEO, whose greed is unremarkable among drug company CEO’s, sold $5.6 million worth of his hoard of Pfizer stock. He wasn’t the only one to make a potentially life-saving discovery into a vehicle for personal enrichment. The top five executives at the biotech company Moderna, which has another Covid-19 vaccine in the works, have sold more than $80 million worth of stock this year as the price shot up more than 300% since January 1st. Goes to show that self-dealing is an equal opportunity inclination.

To emphasize the perils of a healthcare system based on profiteering and plunder, two of the leading vaccine makers, Pfizer and Moderna, made headline news in a remarkable display of one-upmanship. On November 9, Pfizer announced in a press release that its vaccine was 90% effective. The U.S. celebrated the good news. Until one week later when Moderna taking the press release route announced that its vaccine was 94.5% effective. That certainly put a damper on Pfizer’s profit expectations. Two days later, Pfizer announced via press release once again that its vaccine had gone from 90% effective to 95% in less than two weeks. The mainstream media dutifully reported this development. Public reaction to this tale of galloping success rates was more skeptical than joyful.

Between June when public confidence in a vaccine was at its height with 66% of Americans saying they would be vaccinated and November when that percentage dropped precipitously to 58% (even lower in September when only one-half of Americans were favorably inclined), the U.S. COVID testing program had been getting negative reviews for shoddy science and contradictory guidance. In a major goof, the CDC (Centers for Disease Control and Prevention) refused to use tests from commercial sources both in and out of the U.S. opting for a home-grown test that would prove to be both unreliable and in some areas, unusable. Even when the CDC by some miracle managed to latch onto a reliable test, shortages in the supplies needed to administer the test proved elusive leading to a tragic slowdown in testing. Making matters worse, testing protocols turned out to be flat-out wrong targeting those who had traveled to other countries where the virus was going full tilt and failing to change that guidance even after the virus was known to be circulating domestically.

Adding to the confusion and bewilderment, many of the leading authorities on the pandemic, including Dr. Fauci, couldn’t keep their stories straight. On April 1 Dr. Fauci, said he would not anticipate a coronavirus vaccine for 12 to 18 months “at least.” [Business Insider] Dr. Fauci wasn’t the only one voicing concern about the overly ambitious timeline set by the drug companies.

“For a new coronavirus vaccine to be available for large populations, I would say it’s a matter of two years’ minimum,” [Dr. Stanley Plotkin, professor emeritus at the University of Pennsylvania, who has worked in vaccine development since the1950s]

“I understand the importance of accelerating timelines for vaccines in general, but from everything I know, this is not the vaccine to be doing it with,” [Dr. Peter Hotez, dean of the National School of Tropical Medicine at Baylor College of Medicine] 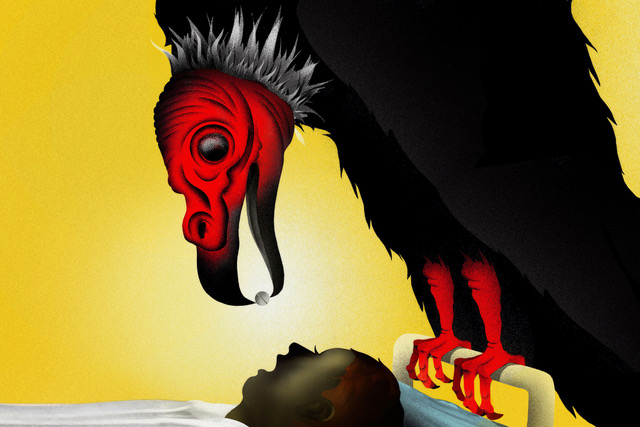 By November two of the experts had bowed to what? — political pressure and the demands of a profiteering healthcare system perhaps — to “update” their timelines. In an interview with representatives of the American Medical Association, Dr. Fauci radiated optimism that one or more of the six vaccine trials in the pipeline would be approved before the end of the year. Dr. Hotez was also feeling the love — “By the early part of next year, we’re going to move pretty quickly, I think, in vaccinating a significant percentage of the [U.S.] population.”

Spreading misinformation became more a habit than a misspeak for Dr. Fauci in the early phase of the pandemic. On March 8, he downplayed the value of public mask-wearing — “There’s no reason to be walking around with a mask… [which is] not providing the perfect protection that people think that it is. And, often, there are unintended consequences — people keep fiddling with the mask and they keep touching their face.”  [Interview with 60 Minutes]

Less than one month later on April 3, the CDC “updated” its advice and recommended people wear cloth face coverings “in public settings when around people outside their household, especially when social distancing measures are difficult to maintain.” In line with that directive, Dr. Fauci, reversed his previous stance and recommended general mask-wearing. Later he defended his efforts to downplay mask-wearing by claiming he wanted to prevent a mask shortage for health and other front line workers.  An excuse as lame as it was unbelievable. 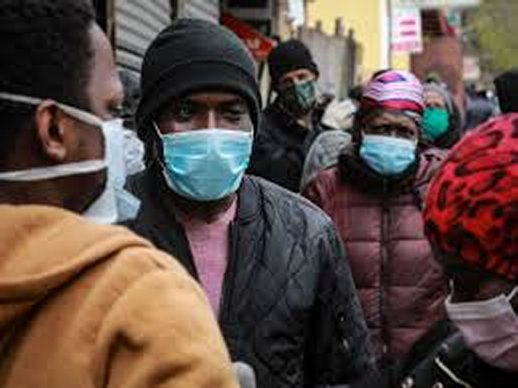 For Black and Hispanic patients who are 60% to 70% more likely than whites to be infected, [“Racial gaps in pandemic stem from social inequities, studies find,” NYT, 12/9/2020]

the history of the U.S. using people of color as unknowing guinea pigs in shoddy research projects or to further a U.S. assassination plot overseas, has made many people of color   suspicious of drug companies’ claims of vaccine safety.  First that horror known as the Tuskegee Study where the U.S. health service deliberately withheld treatment from syphilitic black men (although by 1947 penicillin was in fact known to be a successful treatment) in order to track the disease’s progression as the men died, went blind or insane or experienced other severe health problems due to their untreated syphilis. In 2011, it was the CIA’s turn to use people of color, this time overseas, as guinea pigs. The CIA organized a fake vaccination program in the town where it believed Osama Bin Laden was hiding in an elaborate attempt to obtain DNA from his family. In the U.S. people of color got the message — the U.S. government had no qualms about victimizing brown and black people in service to its hegemonic dreams.

Amidst the often-contradictory advice handed out to the public, the lack of a national policy to keep Americans safe and the competition among drug companies to line their pockets by producing a vaccine that will pass muster with a defanged FDA, the disastrous effects of the U.S. for-profit healthcare system are magnified. Since the pandemic first made its appearance, the U.S. has failed to act as aggressively as it could, instead choosing to subsidize corporate financial interests while abandoning Americans to both the pandemic and its economic effects. Now Washington wants people to forget what brought them to this catastrophic place, ask no questions, request no documentation, but trust that the drug companies, whose guiding star is profit, will do the right thing.  Perhaps the least trustworthy of American presidents was right — “trust but verify.”