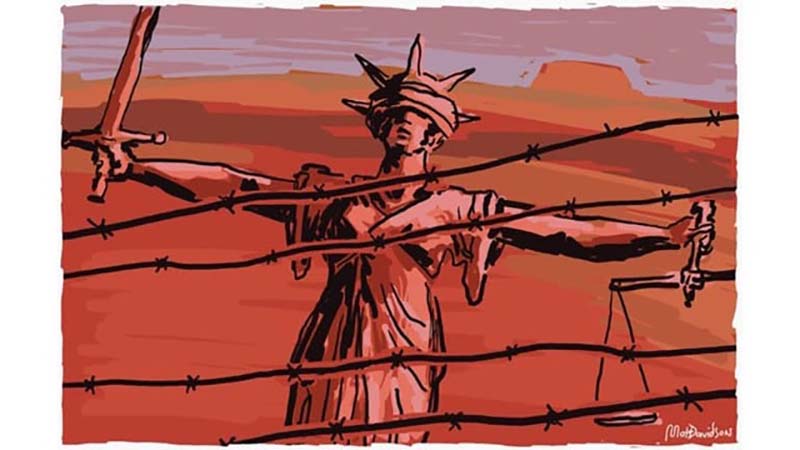 What in Sam Hill is going on? Donald Trump revoking security clearances of the assorted also-ran ex-ghouls who used to be officials in what the government and beltway media would have you believe is the “best and brightest’ intelligence community in the world. They said that fifty years ago -it wasn’t true then and it isn’t true now. Those in danger of losing their pot of gold (aka their security clearance} include two admitted perjurers, an Obama apologist who was willing to publicly lie about the administration’s dirty dealings in Libya and an army general who uses his security clearance to shill for big, fat government contracts for the defense industry. There is however a real threat to Americans who don’t have security clearances and powerful friends in D.C. It’s all spelled out in the 2012 NDAA (National Defense Authorization Act) sections 1021, 1022. Back in 1942, also in the midst of war (six less than the U.S. is involved in today) FDR, like Obama, considered a “man of the people” detained over 120,000 Japanese-Americans without charge or trial in military concentration camps. Think history can’t repeat itself? Read this article, and don’t think it can’t happen again.