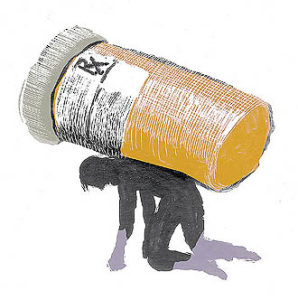 Update on “Drug Companies: Killing Americans in the Name of Profits”

New figures released this week confirm what we all expected — the opioid epidemic is on the march striking young Americans the hardest. In 2016, 64,000 people (most under 50) overdosed, the majority on opioids. In 2014 (latest figures available), hospitals in every state and the District of Columbia were swamped with cases of opioid abuse, recording a total 0f 1.27 million emergency room visits or inpatients stays. Compared to 2005, emergency room visits are up a whopping 99% and inpatient care 64%. 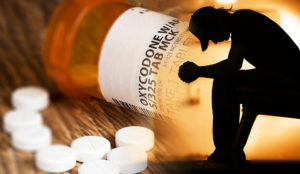 If there was any doubt before, there is none now —America has an epidemic on its hands as deadly as the plague. Among all age groups, the sharpest increase in hospital visits was among people ages 25-44 —not surprising since opioid abuse is the major cause of death for the under 50 crowd. According to the numbers in this latest report, opioid abuse plays no favorites. Although the rates of hospital admissions or emergency room visits were slightly higher in poorer zip codes, the increases were uniform in more than 75-85% of all income ranges. What’s changed is the gender breakdown. In 2005, men were much more likely to be admitted to the hospital for opioid abuse. By 2014, the gap closed even as hospitalization visits increased sharply for both sexes. Men are still ahead when it comes to emergency room treatments. 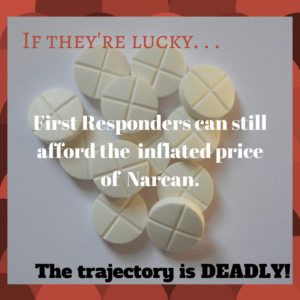 The trajectory is deadly — from drug companies enticing doctors to get on the opioid prescribing bandwagon in the name of profits to the hopelessly addicted, no longer able to get or afford legal prescriptions, who move to the dark side where fentanyl and heroin make a deadly high to the inevitable overdose. If they’re lucky, their first responders can still afford the grossly inflated price of the opiate antidote Narcan. Otherwise they’ll die like 60,000 mostly young, otherwise healthy Americans in 2016.

How much longer before we get out the pitchforks and tell Congress and the President that saving lives, even in a capitalist economy, trumps profits. We don’t allow murderers to go free. Why are we giving a pass to drug companies?

To find out if your state is at the epicenter of the epidemic, here are the top 10 states with the highest rate of opioid-caused hospital admissions in 2014 —Maryland, Massachusetts, Rhode Island, New York, West Virginia, Connecticut, Washington (state), Oregon, Illinois, Maine.

***If you missed SA’s report on drug companies and the opioid epidemic, check it out here:  “Drug Companies: Killing Americans in the Name of Profits”