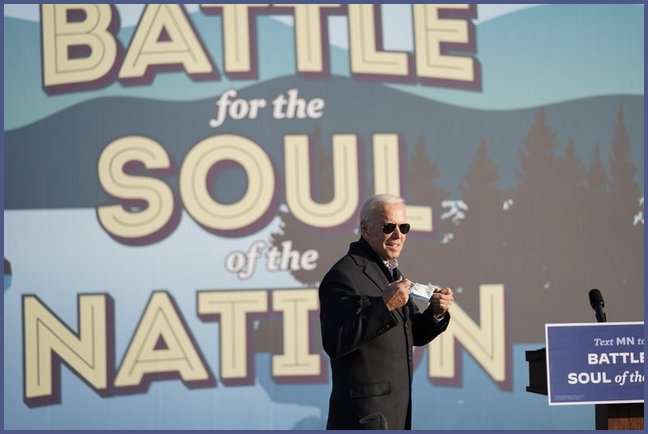 “Repairing the soul of the country” (Biden), “Make America Great Again” (Trump) or “Hope and Change (Obama). Pick your poison. In the end, it comes down to the same nothing-burger. Will history repeat itself? In 2009 the Bobbsey twins (Obama/Biden) came up with a nifty plan to save the economy. Reward the banks and financial institutions that caused the crash with trillions of taxpayer dollars while throwing over ten million of their victims out in the street. Don’t think those indecencies are in the rear-view mirror. In the run-up to the election, 36 billionaires made six-figure contributions to Biden’s campaign committees. [Forbes, 7/16/2020] Do you think those donations were made to help Joe remake the soul of America? If you do, I have the perfect bridge to sell you. Nothing will ever change until the people organize a competitive third party to put “fear and loathing” into the duopoly. In “Meet the New Boss Same as the Old Boss[es]: Biden, Trump and Obama,” you will see what happens when the only voices that are listened to in the halls of power are those of the oligarchs.