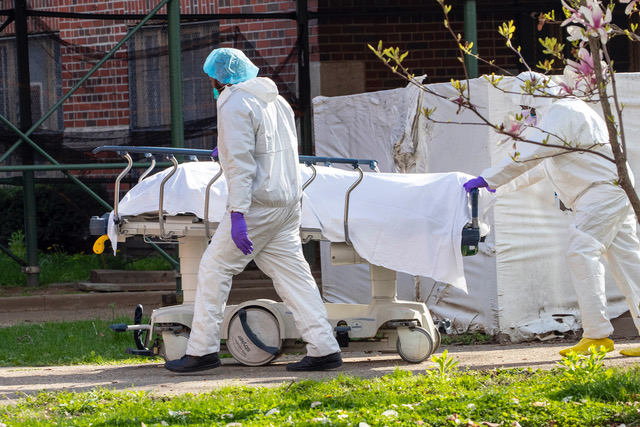 From the country with just 4% of the world population, some of the worst health outcomes in the world and an annual healthcare budget of $4 trillion comes another dismal statistic — 20% of worldwide COVID illnesses and death. Into that poisonous stew of misery, behold three characters — one pharma bro and two “public servants.” There are loads of other malefactors, in this tragedy, but time constraints limit the selection to three of the worst.  Although their photos do not adorn post office walls, their influence on a failing public health system has done as much as all U.S. serial killers to spread suffering and death not to hundreds or thousands but millions of Americans.

Albert Bourla, Pfizer CEO, President Joe Biden and “America’s doctor” Anthony Fauci should be held accountable for the role they should have but didn’t play in the unfolding pandemic debacle. From half-baked advice at keeping Americans safe at the outset of the pandemic [Fauci], to a relentless drive for profits at the expense of world supply [Albert Bourla] to the “leader of the free world” talking humanitarian values while the U.S. hoards unneeded vaccines as much of the world’s population suffers [Biden], these three have left a trial of broken promises, dashed hopes and low expectations.

When it comes to corporate criminals, first prize goes to Albert Bourla “primus inter pares” for whom profit — an obscene amount of it — is the only priority. Bourla’s tried and true business plan to reach billionaire nirvana starts with scooping up government grants while boasting that Pfizer had developed the vaccine on its own dime with no government funding from any country. Reality check — Deep-pocketed governments threw all but the kitchen sink at Pfizer: the EU —500 million euros, the U.S. —$1.95 billion in advance purchases. Relying on this public largesse, a successful vaccine emerged, virtually cost-free. As the worst of the pandemic recedes, Bourla faces a new profit opportunity. By brow-beating the FDA (Food and Drug Administration) into giving his vaccine permanent authorization, he can enter the private market and make even bigger profits. Here’s his CFO giving shareholders the good news — As this shifts from pandemic to endemic, we think there’s… a significant opportunity for our vaccine from a demand [and] from a pricing perspective.

How has his master plan worked out? Like a dream. According to their May financial report, Pfizer has already made a $900 million profit on vaccine sales alone. Vaccine revenues are already $3.5 billion, one-quarter of Pfizer revenues to date. The best is yet to come. In that same report, Pfizer forecasted $26 billion in vaccine revenue for 2021, a 58% increase over its previous forecast of $15 billion.  Pfizer investors are not the only ones raking in big bucks from the vaccine sweeps. CEO Bourla was awarded a 17% pay raise in 2021 bringing his total compensation to $21 million. 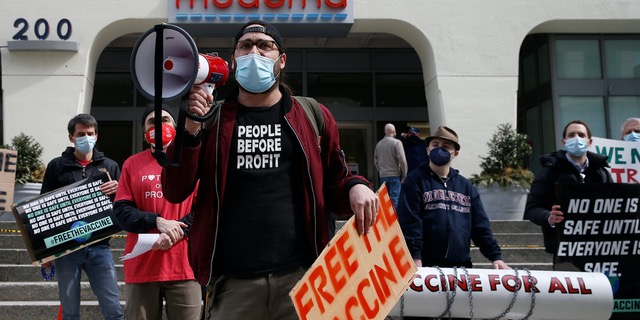 Don’t think he didn’t work for it. Not only did he scoff (“rubbish” and “dangerous”) at the request by over a 100 LDCs (least developed countries) for a temporary lifting of vaccine and therapeutic drugs patents to allow for vastly increased supply, but he endorsed a letter sent by two of the lobbying groups Pfizer employs calling on the U.S. government to “pursue a variety of enforcement initiatives [and] use all available tools and leverage to ensure America’s trading partners” do not support this threat to untrammeled greed.

To mollify the public which overwhelmingly supports waiving patent protections during the pandemic, Bourla pledged to ship 430 million doses to 91 unspecified countries or territories to ensure that poorer countries “have the same access as the rest of the world” to a vaccine. Not surprisingly, Bourla has yet to make good on his pledge. According to the World Health Organization, Pfizer has provided little or no help to low-income countries.

Which brings us to the second bogeyman, President Biden whom Bourla praised as “an inspiration to us all.” It’s a good bet that’s not how 85% of the world’s people who can’t get access to a vaccine because of Biden’s deference to the pharma bros feel. For over one hundred days of his presidency, he has refused to live up to the promise he made as candidate Biden to support the waiver crusade— “This [waiving patents] is the only humane thing in the world to do … The answer is yes, yes, yes, yes…  Once he was president, Biden was listening to different voices. At least three of the advisors he depends on —Anita Dunn, owner of a consulting firm representing Pfizer; Susan Rice (formerly Obama’s foreign policy advisor) who holds at least $5 million worth of Johnson and Johnson stock and Eric Lander who owns around $1 million worth of BioNTech (Pfizer’s partner) are in the tank for big pharma. 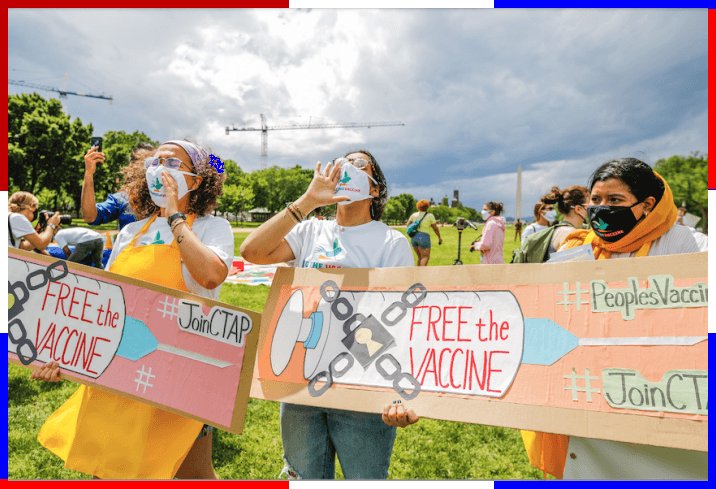 When public pressure finally forced Biden to defend the waiver, he delegated his trade advisor, Katherine Tai, to make the announcement. There was general agreement in the public health community that it was too little, too late. Several weeks later, the administration with great fanfare promised to send 20 million vaccine doses to needy countries. Previously he had promised to send 60 million doses of the AstraZeneca vaccine not approved for use in the U.S.

That announcement did little to absolve him from his shoddy handling of the crisis. “Twenty million is a depressingly tiny figure compared to the global need; akin to tossing a bucket of water at a raging inferno…[Biden’s pledge is] “no substitute for a plan of scale and ambition to end the pandemic.” [Peter Maybarduk, Public Citizen in Common Dreams 5/18/21]. Doctors’ Without Borders characterized the donation as “woefully short” in light of the “more than half a billion surplus vaccines]” the U.S. is hoarding.

The naysayers need not worry. As with so many other Biden promises, no action has yet been taken to actually transport the vaccines.

As it is with most people, the best measure of Biden is his own words — “We can’t be so busy competing with one another that we forget the competition that we have with the rest of the world to win the 21st century…He (China’s leader Xi Jinping) and others, autocrats, think that democracy can’t compete in the 21st century.”  Or in standard English — in this new cold war started by the U.S., the only thing that counts is winning even at the expense of millions of lives as long as they’re not American lives (and if they are make them poor and people of color)

The most problematic of these bogeymen, Dr. Anthony Fauci, has been the director of the National Institute for Allergy and Infectious Diseases (NIAID) for almost forty years. During his tenure there have been at least two occasions when he dropped the ball — when effective drugs finally emerged in the early 2000s to combat the HIV/AIDS crisis and during the COVID-19 pandemic when vaccines became available for distribution. In both instances, big pharma refused to budge on their exorbitant pricing even to help low-income countries like Africa. The U.S. had a golden opportunity to uphold its professed humanitarian values by forcing drug companies to change their tune. Both Clinton (president during the AIDS crisis) and Biden (COVID) refused to use their considerable muscle fearing the loss of pharma’s juicy campaign donations. Where’s was Dr. Fauci, health advisor during both health crises? In 2001, he was sitting on a presidential task force charged with developing a plan for combatting the worldwide spread of HIV/AIDS. Eleven years later Dr. Fauci disclosed his support for the necessity of developing off-patent generic drugs —”the program would not be sustainable … unless we [U.S. health agencies] used generic drugs.” A real game-changer facing down greedy drug companies.  Except that it wasn’t. For reason lost in the mists of history, Fauci’s position which apparently reflected that of the entire commission was never written down and thus not much help overcoming drug company callousness. Accidental or deliberate?

His current position on the COVID pandemic appears to be another carefully constructed artifice opposing the lifting of patent protections on nonsensical grounds while not entirely dismissing it. “Going back and forth, consuming time and lawyers in a legal argument about waivers — that is not the endgame. People are dying around the world and we have to get vaccines into their arms in the fastest and most efficient way possible… If you take too long, people are going to die. There are other ways to ramp up vaccine production around the world.” Sounds suspiciously like the same argument used by drug companies. Careful not to tarnish his saintly image, he often takes a pro-waiver position (in the same statement) — “You can’t have people throughout the world dying because they don’t have access to a product that rich people have access to.”

On the question of whether booster shots will be necessary, Dr. Fauci echoes the claims of Pfizer’s CEO who has a financial incentive for pushing requirements for boosters and yearly vaccinations. “We know that the vaccine durability of the efficacy lasts at least six months, and likely considerably more, but I think we will almost certainly require a booster sometime within a year or so after getting the primary.”  [May, 2021] 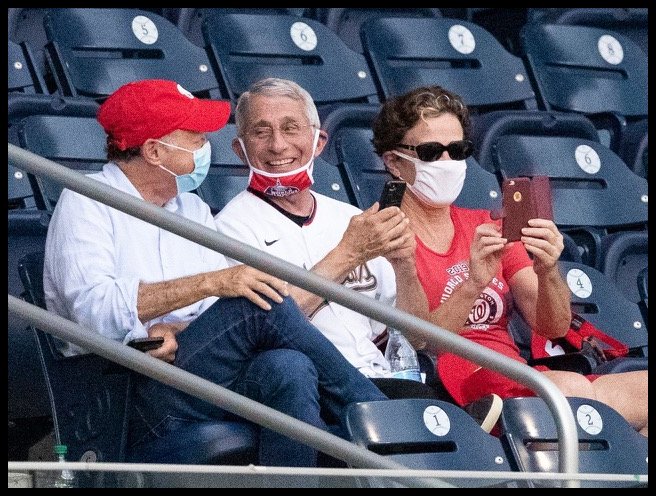 The list of Dr. Fauci’s misstatements, double talk, and prevarications dates from his rejection of public mask wearing — “Right now there’s no reason to be walking around with a mask” to his comments on herd immunity — a year ago, 60 to 70% of the population needed to be vaccinated, by March, 2021 he upped it to “70 to 75%.”  The roller coaster kept climbing as he subsequently indicated that “75, 80, 85%” was the real estimate. It turns out that was not the final figure which he revealed on April 2, 2021— “I think the real range is somewhere between 70 to 90 percent. But, I’m not going to say 90 percent.”  [How Much Herd Immunity is Enough, The New York Times, April 2, 2021]

Let’s be clear. These three characters didn’t cause the pandemic nor are they solely to blame for its rapid-fire spread throughout the U.S. The decades-long deterioration of the U.S. public health system together with the increased privatization of the healthcare industry and the machinations of a former president (Trump) awash in delusions have done their fair share. But these three each in a different way refused to challenge a marked-centered healthcare system that promoted access on the grounds of ability to pay both in the U.S. and in low-income countries around the world. A solution with a price tag that 85% of the world’s people cannot afford isn’t really a solution after all. Is it?