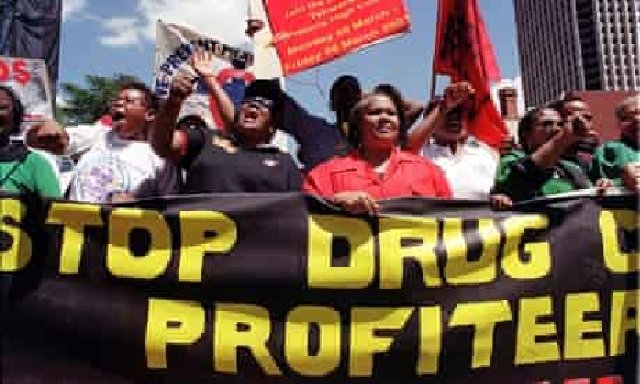 The figures don’t lie. The problem is immense. The solution elusive. Since December 2020 when a vaccine first became available, 1.3 billion doses worldwide have been administered. The unwelcome news is that 87% of those shots have gone into arms of people in high income countries. Only 0.3% of doses have been administered in low-income countries. [“Tracking Coronavirus Vaccinations Around the World,” NYT, 5/10/2021] “There remains a shocking imbalance in the global distribution of vaccines.” [World Health Organization Director-General, Tedros Adhanonom Ghebreyesus]

In India where there are now over 400,000 infections and 4,000 deaths daily, fewer than 2% of their 1.5 billion people have been vaccinated. In 130 countries with a population of 2.5 billion, not one single dose has been administered. Worse yet, with drug companies zealously guarding their monopoly rights and obstructing distribution of vaccines in lower income countries, most experts predict that it will take until 2024 to achieve worldwide herd immunity. The suffering and dying will continue.

In four countries, China, Russia, Cuba and the U.S., vaccines have been developed. How are they being distributed? The answer may surprise you (or maybe it won’t),

“Last week, China’s foreign minister offered to help South Asian nations get access to vaccines. Indonesia said it would get additional doses from [China]…. In a speech the same week, President Rodrigo Duterte of the Philippines said he owed ‘a debt of gratitude’ to China for its vaccines.” (NYT, 5/7/21) In addition, China has pledged a half billion doses to 45 countries — “We’re seeing … vaccine diplomacy start to play out, with China in the lead … in terms of being able to manufacture vaccines within China and make them available to others. Some of them donated, some of them sold, and some of them sold with debt financing…” [Krishna Udayakumar, Duke Global Health Innovation Center at Duke University speaking to ABC News, 3/2/2021] 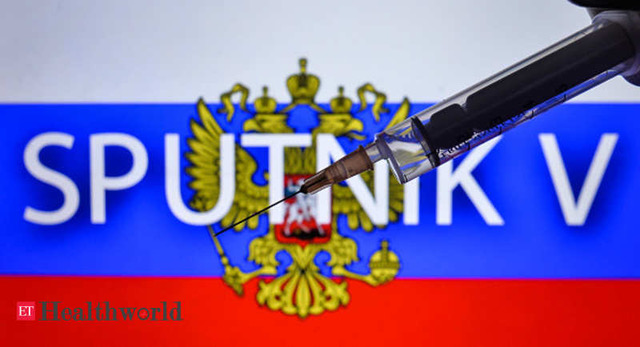 Already more than 40 countries, unable to afford the pricey vaccines made by Pfizer, Moderna.

AstraZeneca, and Johnson & Johnson, have contracted with Russia for their Sputnik V vaccine. The vaccine has gotten good reviews from the international medical community. Late-stage trial results published in the Lancet in February deemed the vaccine to be safe and put its protection rate against COVID at 92%. Russia’s goal is to reach underserved countries. “Our priority is the Middle East, Latin America, Asia, Africa” [Russian Direct Investment Fund]

Cuba is on the verge of being the first Latin American country to develop and manufacture its own vaccine against COVID-19. “We wanted to solely rely on our own capacities to vaccinate our population, not on other people’s decisions. And life is proving us right. What we’re seeing across the world is that vaccine supplies are being hoarded by rich countries.” [Vincente Venez Bencomo, director General Finlay Institute of Vaccines, Havana].  As well as vaccinating its own people, Cuba has announced plans to distribute its vaccine to Iran, Venezuela, Mexico and other low-and middle-income underserved countries if it can produce enough.

Meanwhile the United States has managed to gobble up millions more vaccine doses than it could ever possibly use. “The United States is on track to have gathered an oversupply of hundreds of millions of coronavirus vaccine doses [300 million] as soon as July, even while many countries in the developing world will have to wait years to vaccinate a majority of their populations.” [Report by the Duke Global Health Innovation Center]. When will it share this oversupply with the countries experiencing massive outbreaks and little in the way of vaccines? “As we get increasing confidence that we have enough vaccine, we will explore options for sharing more broadly” [Jen Psaki, Biden’s press secretary]. A classic example of how the U.S. fulfills its humanitarian outreach to the rest of the world. Shortly after the catastrophic situation in India became apparent, the U.S. slammed the door shut on non-citizen and non-legal residents from India.  On a positive note, the U.S. has also sent cargo planes full of PPE (personal protective equipment) to India. More tellingly, to honor a contractual obligation the Trump administration made in procuring vaccines from pharma —“The Government may not use or authorize the use of any products or materials provided under this Project Agreement unless such use occurs in the United States” — the U.S. has not shipped any vaccine doses from its overflowing coffers. 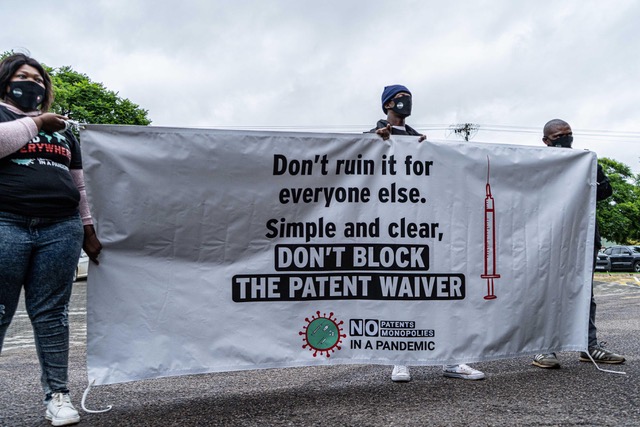 Don’t think there hasn’t been pushback to the uneven and inequitable access to the vaccine. The disturbing spectacle of wealthy countries, including the U.S., squirreling away the lion’s share leaving low-income countries in the dust prompted South Africa and India, themselves the victims of pharma greed and vaccine imperialism, to propose a temporary waiver of the monopoly protection drug companies hold on vaccine technology and release the formula to manufacturing plants in the Global South and Asia.

The reaction of the drug companies was as despicable as it was predictable —  CEO Albert Bourla of Pfizer, who has gotten fabulously wealthy off selling the vaccine to the highest bidder, deemed the proposed waiver “nonsense” and “dangerous.”  Steve Ubl, CEO of the pharmaceutical lobbying group PhRMA, went him one better — [Waiving patent protections] “undermines our global response to the pandemic and compromises safety…This decision will sow confusion between public and private partners, further weaken already strained supply chains and foster the proliferation of counterfeit vaccines handing over American innovations to countries looking to undermine our leadership in bio-medical diversity.”

Pharma’s usual dodge when its greed is laid bare for the world to see — invoking the cold war trope that the survival of the U.S. is jeopardized by waiving patent protection for COVID vaccines. The anti-waiver pharma forces indict the “usual suspects” — China, Russia and Cuba — for trying to subvert U.S. leadership in healthcare technology. In the first 100 days of his administration, Biden chimed in — “We can’t be so busy competing with one another that we forget the competition that we have with the rest of the world to win the 21st century…”

In the name of never letting an emergency go to waste, another stalwart American humanitarian, Democratic senator and close Biden confidante Chris Coons spun this convoluted fable to explain why the U.S. could not afford to support the waiver —”[The January 6th march on the Capitol]“ is a wake-up call …that we need to have another Sputnik-like…reinvestment in American innovation and competitiveness. A central part of being successful…is continuing with constitutionally created-protected property rights of a patent.” For the record Senator Coons made his deal with the devil [pharma] almost as soon as the good people of Delaware voted him into the Senate. In 2019 at an industry-friendly gathering, he announced “We don’t want to destroy the patent system that has worked so well for us.” “Us” being the operative word. Shortly after that declaration in the first half of 2019, Coons was one of two congressmen hauling in the most pharma cash. Coincidence?

Other naysayers for lifting patent restrictions include most notably Bill Gates, widely acclaimed for the healthcare work of his foundation, but also a corporate hack whose fortune rests on the edifice of patent-protected intellectual property. In defiance of virtually the entire world’s community with the exception of four or five of the richest countries, Bill Gates argued that waiving patent protections temporarily on COVID-19 vaccine technology and related therapeutics is a “bad idea … there’s only so many vaccine factories in the world and people are very serious about the safety of vaccines. [What’s holding] “things back” in terms of the global vaccine rollout is not intellectual property. It’s not like there’s some idle vaccine factory, with regulatory approval, that makes magically safe vaccines.”

Actually, Mr. Gates, there are a number of them located in the Global South and Asia. Here’s what the Associate Press discovered with hardly any effort — “In an industrial neighborhood on the outskirts of Bangladesh lies a factory with gleaming new equipment imported from Germany… It is operating at just one quarter of its capacity. It is one of three factories that the AP found on three continents whose owners say they could start producing hundreds of millions of COVID-19 vaccines on short notice if only they had the blueprints and technical know-how.”

It’s not just in the Global South. U.S. neighbors in Canada have plenty of capacity, all they lack is the formula …We’ve got the production capacity and it’s not being put to use. If we had started this last year, we could have shipped millions of doses by now. This is supposed to be a wartime effort. Everyone in it together. But that doesn’t seem to be the case.” [factory owner in Canada.]

But Gates wasn’t finished using his bona fides to enrich his billionaire BFFs. He was just getting started. To thwart threats to the pharma gray train, he sold the U.S. government a phony bill of goods— a public-private partnership to get vaccine production on the fast track. It was a real crowd-pleaser in pharma-land. Creating a private profit machines for vaccine makers while public institutions like the National Institutes of Health were spending billions of taxpayer dollars on research and development which they handed over to the drug companies for free. The drug honchos thought they had died and gone to heaven. Instant billionaires were created from vaccine profits. Pfizer CEO Albert Bourla who got an 82% compensation increase based on his company’s vaccine profis praised Gates as “an inspiration for all.”

Lots of very rich and arrogant corporate know-it-alls like Bill Gates stand between vaccinating the whole planet and restricting it to those who have the money to pay pharma’s larcenous fees. The irony is that beyond the immense profit to be made, all the pharma companies combined are incapable of producing enough vaccines to end the pandemic.  Estimates are that the originating manufacturers, at best, can only produce about one-half the required vaccines (6 billion with a global need of 10-12 billion). Waiving intellectual property rights is the world’s best chance to erase that shortfall, end corporate control over the supply of vaccines, enlarge the supply chain, and make elimination of the pandemic a goal that unites all the people in the world.

It’s time for a vaccine for the people not a profit machine for wealthy drug investors and executives.