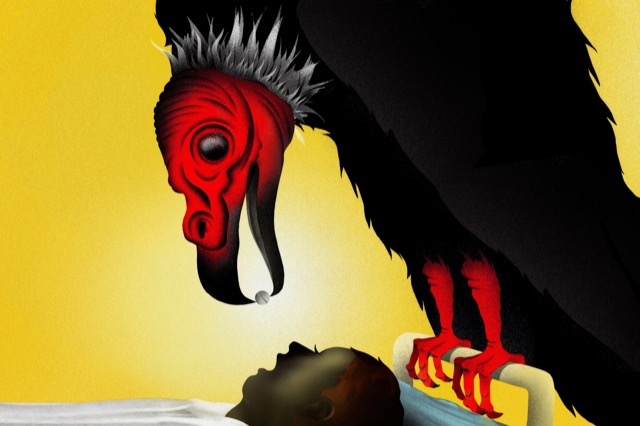 What industry rakes in $1.3 trillion a year worldwide, pays its top five CEOs a combined total of $90 million, generates one-half its sales in the U.S. and in poll after poll is rated the least reputable industry beating out the IRS, congress, the banks, even Comcast, a perennial favorite on the “worst” list.

What’s going on? Have Americans become Manchurian candidates subject to the blandishments of big Pharma to medicalize the stresses and strains of daily living? Particularly among seniors who while they represent 12% of the population account for over one-third (34%) of all prescription medicine use.

As to Pharma’s claim that pricey drugs pay for innovative research into life-saving drugs. That lie has been debunked in study after study. Actually small drug companies perform the majority of cutting edge research. When they produce a winner, the big boys step in, buy them out and add another blockbuster drug to their stable.

Take the case of Humira, the world’s best-selling drug which made Abbott (AbbVie) one of the most profitable drug companies in the world.  In 2001, Abbott bought a small drug company that actually did innovative research and acquired the rights to Humira. Thanks to a clever marketing scheme courtesy of AbbVie, a drug developed by someone else, price gouging ($84,000 per patient per year) what emerged was a $20 billion dollar a year addition to AbbVie’s bottom line.

Only in America could AbbVie get away with this assault on the public and private purse. Different story outside the U.S.  In Europe drug companies were developing reasonably priced drugs that did the same job. AbbVie’s over-priced Humira couldn’t compete and they knew it. Result —AbbVie slashed the price of Humira sold in Europe 80%. Since bought and paid for politicians in congress and the white house blocked the importation and sale of these less expensive drugs, U.S. patients pay full price. Even with insurance, patients are stuck with ever increasing co-pays costing them thousands per month. 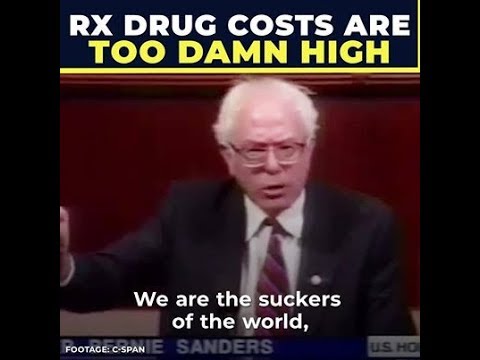 It’s not only individuals who are victimized by Pharma’s perennial greed. Public dollars, the taxes you pay, are also used to pay for over-priced drugs. The government’s purchase of hundreds of millions of COVID vaccines from Pfizer speaks volumes,  Public documents indicate the U.S. paid Pfizer, one of two vaccine producers, $19.50 per dose for the first 200 million doses of the COVID vaccine. The European Union made a deal for the same number of doses but paid 60¢ less per dose. The U.S. wound up paying Pfizer an extra $120 million for the same number of doses. Proving yet again, that the U.S. may be world’s most powerful nation but it has another notch on its belt — world’s biggest patsy. Remember that the next time, your representative or the president tells you the government can’t possibly afford to send hurting Americans a measly $1,400 stimulus check.

How does Pharma get away with it? Do you suppose it has anything to do with the $233 million that yearly comes out of pharma’s kitty to grease the palms of politicians or a similar amount that pays lobbyists to keep the outrages coming? 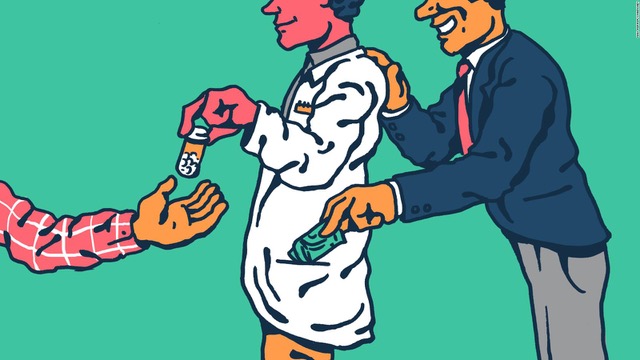 Those aren’t the only payoffs required to keep Pharma’s gravy train rolling. Doctors decide what meds get used by patients. Pharma banks on them steering their patients toward newer, more expensive drugs yielding bigger profits. Better still, if newer drugs have serious side effects, additional drugs will be required to counteract the side effects. Doctors don’t come cheap and pharma lays out around $30 billion in direct payments and advertisements in professional journals.

Pharma is a marketing/advertising colossus owing much of its success to the complicity of U.S. politicians. That’s not the only way they bilk consumers. As one of only two countries (New Zealand is the other) in the world that allow direct to consumer advertising of prescription meds, Pharma is allowed to shill its products on all U.S. media spending $4.5 billion dollars every year to keep the profit engine rolling. 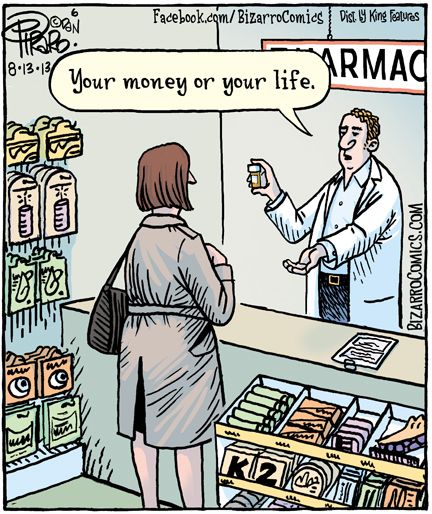 If you’re still trying to put a happy face on these goings-on, be prepared for a shock. According to two U.S. premier research institutes, Pharma is into some pretty shady stuff. The Rand Corporation found that the average list prices for prescription drugs in the U.S. were two and one-half times higher than prices for the same drugs in thirty-two other developed countries. It gets worse. Brand name drug prices were three and one-half times higher.

A report from The Institute for Clinical and Economic Review [ICER] delved even deeper into the price-gouging schemes of Pharma and found that drug companies raised list prices for seven widely used, expensive drugs in 2019 despite the lack of evidence of any substantial improvement in the drugs’ performances. Cost to consumers of these unwarranted price hikes? $1.2 billion annually.

Pharma has answers to these issues. Problem is it’s always the same answer. And it’s always a threat. The tune may change but the lyrics remain the same.

The Campaign for Sustainable Drug Pricing [CSRxP] struck back. Their study found more than 19 cents of every Big Pharma dollar goes to marketing and advertising — a whopping $47 billion spent by the top 10 U.S-based drug makers.

Further confirmation appears, in of all places, a report issued by the House Financial Services Committee while a few progressives like Katie Porter, D-CA were on the committee. Pelosi booted her off that committee several weeks later) — “Pharmaceutical companies often claim that lowering the prices of prescription drugs in the United States would devastate innovation. Yet, as prices have skyrocketed over the last few decades… these same companies’ have dedicated more and more of their funds to enrich shareholders or to purchase other companies to eliminate competition… In 2018, the year that [former President] Donald Trump’s tax giveaway to the wealthy went into effect, 12 of the biggest pharmaceutical companies spent more money on stock buybacks than on research and development.” .” [House Financial Services Committee, January 2021] 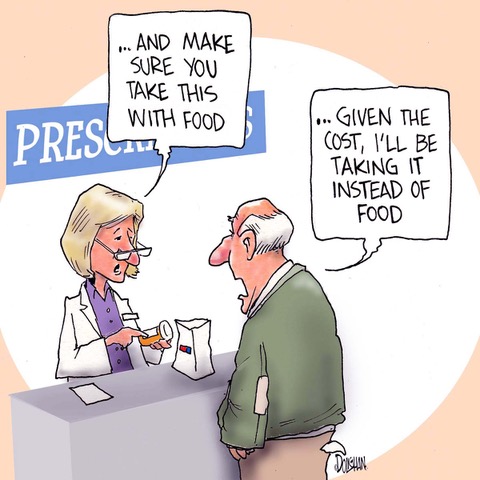 What happens to patients victimized by the greed of Pharma? In survey after survey one-third of respondents reported that they do not take their medicines as prescribed because of cost and some even skip doses or cut their pills in half. The experts agree— “Price increases cause 18 percent more patients to fill no drugs, regardless of how many drugs they had been on previously, or their health risks.” [National Bureau of Economic Research]

Can anything be done short of a revolutionary overhaul via Medicare-for-All? Actually, there are two laws that have been on the books for decades that could if used provide relief for cash-strapped Americans facing unaffordable drug co-pays. Section 1498 of 28 USC [United States Code] — aka eminent domain for patients —allows the government to circumvent patent protections if the patent holder is fairly compensated. That means the Department of Health and Human Services (HHS) can authorize a drug maker to produce a low-cost generic which the government could then buy in bulk. Even threatening to use 1498 could keep drug companies in line. 1498 has never been invoked but the government has threatened to use it on at least two occasions.

The Bayh-Dole Act of 1980 contains a “march in” clause that permits the government to take back patents for drugs produced using publicly funded research that have not been made sufficiently accessible to the public on “reasonable terms.” In forty years, that section of the law has never been invoked.

The simplest remedy of all. Allow Medicare to negotiate drugs prices with manufacturers as governments in almost every developed country in the world do. In  the U.S., drug companies set their own prices, insurance companies intent on enriching their own bottom lines determine how much patients are required to pay out-of-pocket.

Americans are running out of patience and demanding that their elected representatives put the brakes on Pharma’s rapacious behavior. Big Pharma knows that it has to act fast or its goose is cooked. Time for empty promises and soothing reassurances. The man for the job? Kenneth Frazier, chairman, president and CEO of the Merck drug company whose annual compensation is $27.5 million and whose net worth is in the hundreds of millions—“the pharma industry must take on the challenge of its poor public perception.”

‘Wanna’ bet what he has in mind is a glitzy ad campaign, the same kind the fossil fuel industry is currently trotting out. No, Mr. Frazier, what a besieged public needs is Medicare-for-all and the recognition that healthcare is indeed a human right, even in America.