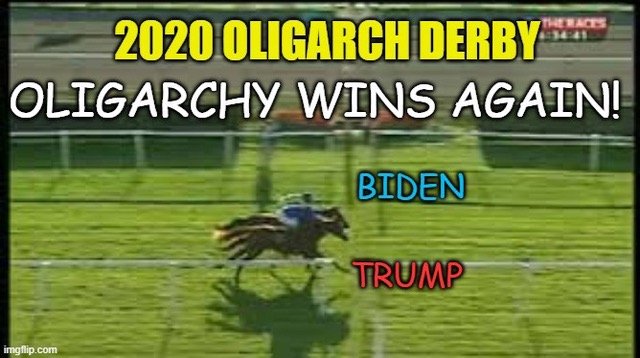 Close your eyes for a minute and imagine what the U.S. (and the world) will look like if Joe Biden becomes president.  Would Americans get a new lease on life or sink deeper into malaise, turn disaster into catastrophe or simply continue business as usual. Biden’s leadership roles in the last half-century surely primed him to halt the present downward trajectory of the empire. As Chairman of the Judiciary Committee (1987-1995), Chairman of the Foreign Relations Committee (2001-2003; 2007-2009) and Vice-President (2009-2017), he played a major role in the disastrous policies that have led the U.S. march off the path of sanity.

Will he address his historic blunders as his candidacy is on the upswing? Or will he continue to mindlessly repeat the same old malarkey that cost the Democrats so dearly in 2016. Only the voters’ disdain of the current president makes it likely he will coast to victory. Clinton and Obama, his Democratic predecessors, won by promising change but delivering the same old neoliberal solutions to the nation’s ills. Biden doesn’t bother with that. He promises virtually nothing beyond centrist leadership and “gradual” change. Translation: business as usual in oligarchic America. The perfect 2020 candidate for a myopic democratic party —putting up a candidate with all the dings of the 2016 model —a history of missteps and blunders. But with an ace-in-the-hole, Trump himself.

What would a Biden administration do in its first one hundred days? The same thing all post World War II presidents have done. Cater to the big guns of the party. You don’t have to go back too far to see how the game is played. In 2008 Obama raised more money from Wall Street and the banks than his Republican challenger did. Then it came time for the pay back.  The banks cheered when ten million people lost their homes, the Bush tax cuts were extended into perpetuity, the too-big-fail banks and their investors got bigger and fatter, and the health insurance companies did high fives over the adoption of a crappy but mandatory health insurance plan written by a conservative think tank and first used by Obama’s Republican opponent in Massachusetts. 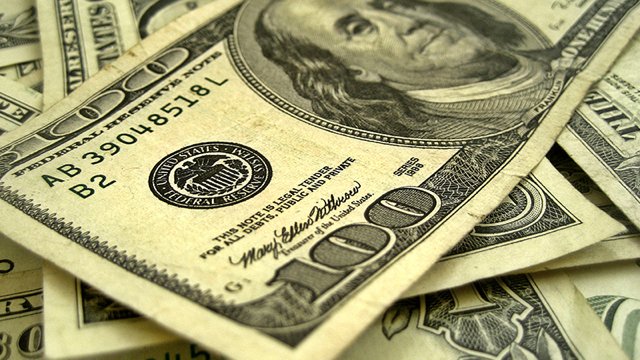 Now it’s Joe’s turn. In order to raise the billion-dollars he needs to win, he’s counting on millionaires and billionaires. They’re obliging with loads of “dark money” (donations from unnamed contributors). “I really see it as a situation where wealthy donors and ‘moneyed interests’ across the political spectrum drown out the voices of everyday Americans.” [Beth Rotman, Common Cause]. “Dark money… makes it impossible for donors to know … which wealthy special interests are trying to influence their vote. And after the election — the public can’t know if the officeholder is giving the donor something in return,” [Brendan Fischer, Campaign Legal Center]

Two major Democratic dark money groups, The Sixteen Thirty Fund and Priorities USA have given the Biden campaign a total of $23 million putting them in second and third place among top Biden donors. Both have a horde of anonymous donors (anonymous only to voters, Joe Biden knows who they are)). Priorities USA started by ex-Obama staffers first supported Hillary Clinton in 2016 and hopes this time around to be riding the winning horse.

Should Biden win, the line will be forming at the West Wing door as millionaire and billionaire

donors look for their ROI (return on investment). Their demands are the usual ones — windfall tax breaks and subsidies, ginning up the already bloated war machine, subsidies for fossil fuel and other garbage industries, and more and bigger bennies to the banks and other financial rip-offs. To pay for the largesse, austerity for the people (aka cuts to social security, Medicare, Medicaid and food stamps). 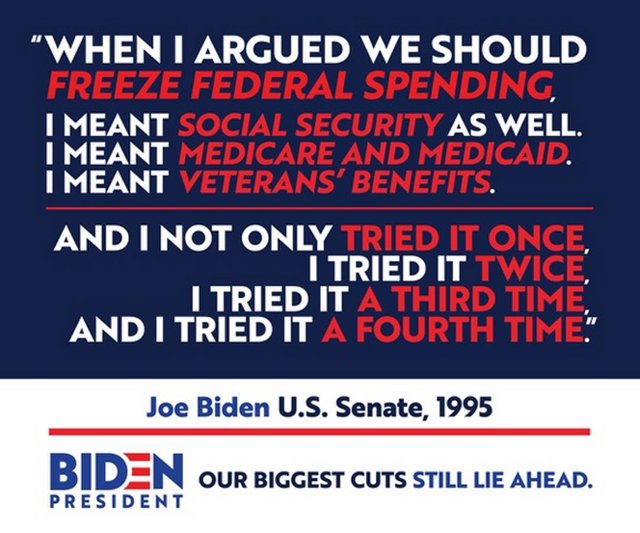 The trajectory of rosy promise followed by crushing disappointment is a staple of both political parties. First the campaign promise:

Hmmm… don’t believe him. For forty years Joe Biden has been angling to curb Social Security benefits by raising the retirement age (he got it done), reducing cost-of-living increases, instituting means-testing to convert Social Security from an earned social insurance benefit to welfare. If you think the refurbished Biden has seen the light, his own words will set you straight. As recently as 2018, he not only shilled for means-testing but praised the Republicans for their right-on thinking.

To prove he meant business, Joe was Obama’s point man (and fall guy) on negotiations between austerity-minded Republicans and their fellow travelers among the Democrats, a part Joe had been prepping for most of his political life.  With Joe the lead Democratic negotiator, the Republicans pushed through an extension of the Bush tax cuts for the obscenely wealthy and instituted a payroll tax holiday that squandered $112 billion earmarked for the Social Security trust fund.

Joe Biden’s single-minded devotion to balancing the budget has some curious exceptions. Seniors are ordered to suck it up and accept reduced pay outs although more than half of them rely on Social Security for one-half of their income. But when it comes to the trillion-dollar defense budget and the millions thrown at imaginary national security threats, austerity is verboten— “I’ve met with a number of my advisors and some have suggested in certain areas the military budget is going to have to be increased.” You will not be surprised to learn that his “advisors” include Susan Rice (Hillary’s BFF and one of the architects of the destruction of Libya} and Michele Flournoy, certified war hawk enriching herself at the trough of defense contractors. And then there’s Avril Haines, ex-CIA deputy director. “This is a pretty ominous signal about what is to come [in a Biden administration] to have the deputy CIA director [Avril Haines] touted for her record in advancing human rights and respect for the rule of law I don’t think can be adequately squared with not only her record but her deliberate choices of advocacy.” [Democratic Senate staff member] 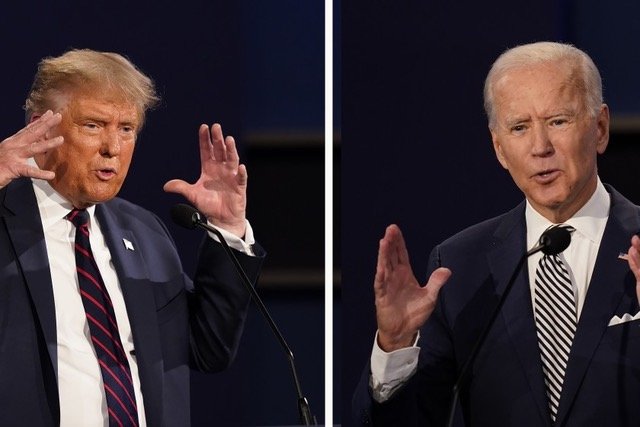 Is there more about Joe’s history and present utterances that are at odds with one another? Throughout his career, Joe’s has actively worked to enrich banks, ignoring income inequality and supporting austerity while handing out tax cuts and subsidies to his wealthy donors. Where does he stand on the plight of millions of students who graduate college with huge student debts and no job offers — “The younger generation now tells me how tough things are. Give me a break. I have no empathy for it…” [Joe Biden] — or the relentless despoiling of the plant by the same fossil fuel companies donating millions to his campaign —I am not banning fracking: let me say that again. I am not banning fracking.” [Biden in a campaign speech, August 31, 2020]

It’s not enough to install a Democratic president and hope for the best while he adopts the same destructive policies that have led to our current state of near collapse. ‘Liberal’ pundits want to get rid of Trump even if the cure is almost as dangerous as the disease. Articles like “Why Criticize Biden Now When Trump Fascism is a Threat” [Paul Jay] have it backward, their hatred overruling strategic thinking. Now, before the election, is the only time to make Biden into the president we need him to be.

While progressives dither, two hundred admirals and generals, twenty-two of them four star officers in addition to more than seventy former senior national security officials have endorsed Joe — “We trust Joe Biden’s positions are rooted in sound judgment, thorough understanding, and fundamental values… “Our allies no longer trust or respect us, and our enemies no longer fear us,” Translation: America’s reputation as the global bully is safe with Biden. Another decade of endless war while young Americans and the empire’s treasure are sacrificed to further enrich the richest people in the world

More than fifteen million Americans have turned eighteen since the last presidential election in 2016. Millions of them were not even born when the U.S. invaded Afghanistan.  Can the U.S. survive two or three generations more of sanctions, no-fly zones and drone war? Is that the best we can do for America’s kids?