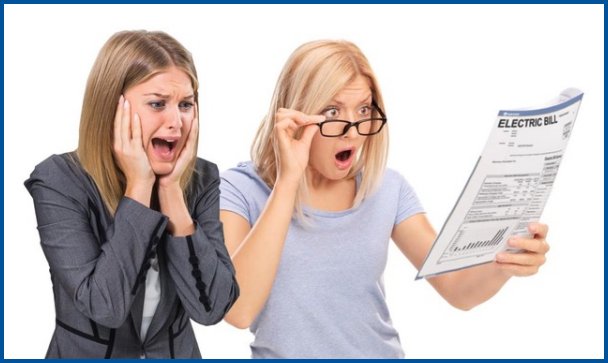 It was another day that will live in infamy. On August 11, tropical storm Isaias hit New England. The storm wasn’t the issue. What happened afterwards was. 800,000 Connecticut residents, customers of one electric company, Eversource, spent days and in some cases over a week without power, food rotting in refrigerators and freezers, no air conditioning during an historic heat wave, a life-threatening disaster for those whose life depended on ventilators, oxygen tanks and other electric-powered equipment.

As if 62% of its customers initially losing power wasn’t bad enough, Eversource’s bungling efforts at restoration left 250,000 people without power one week later. For some residents lucky enough to live in towns with municipal non-profit electric companies, disruptions were minimal — We had a ton of wires down and a ton of trees down. It was one of the larger storms we’ve ever had. But we have a different business model [than the major utilitie] and I believe we are much more nimble… Some customers were only out for an hour or two,” and 99% of those affected were restored within 48 hours of the storm’s departure.” [Norwich Public Utility spokesperson Chris Riley, August 12] 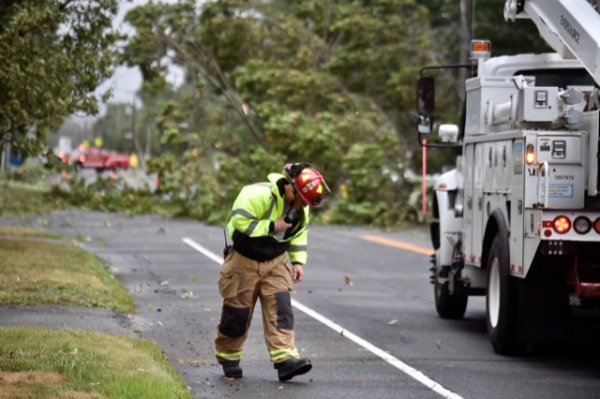 How could a Fortune 500 investor-owned utility worth more than $28 billion whose income topped $8.5 billion in 2019 and whose middle name is rate increase get away with waiting more than a week to restore power to many of its customers? By buying their way into the good graces of state legislators and the governor’s office with a multi-million-dollar lobbying campaign, putting them among the top five lobbying powerhouses in Connecticut.  Where did the $5.3 million Eversource spent on lobbying in the last six years come from? Eversource customers, of course.

To make matters worse, Eversource takes no responsibility for the disruption in customers’ lives. On the contrary, Eversource officials regularly go hat in hand to “regulators” to argue for yet another rate increase as a reward for their shoddy work. More often than not, regulators agree without blinking an eye (except this last time when public outrage over yet another rate increase forced regulators and Eversource to back down).

Eversource has another advantage in the marketplace.  As a monopoly without competition, it can pretty much do as it pleases. The sad truth about monopolies like Eversource is that prices always go up and service invariably plummets,

High customer prices make for lavish executive pay. In 2019, a $43 million payday (salaries, bonuses, stock awards) was doled out to the top five Eversource executives.  As James Judge, President, CEO, and Chairman of the Board (2019 compensation: $20 million), explained in his 2019 shareholder report —”2019 was overall the most successful year ever for Eversource.”  How does the CEO of a profit-making corporation masquerading as a public utility define success? A short nod to customers — “We continued to provide superior electric, gas and water service to our customers.” Then onto the number one priority of corporate managers —maximizing shareholder value: “…once again we produced superior results for our shareholders… continuing to grow our common dividend, and producing a total shareholder return of 34.4 percent.” When you think about it, he was singing to the choir as almost one-quarter of Eversource is owned by private equity funds like two of the largest money managers in the world, Blackrock and Vanguard.

Shortly after patting himself on the back and touting Eversource’s ‘reliability’ —“Our overall electric system reliability performance in 2019 improved by 26 percent; customer power interruptions were on average 21.6 months apart” — his carefully manufactured edifice of lies caved in when 62% of his customers lost their power on August 11. The dismal news kept coming when four days later over one-third were still in the dark. What were the million dollar executives doing as customers experienced the physical and financial toll of the outage? Hunkering down in their mansions.  CT’s governor reported that Jim Judge, Eversource head honcho. refused to attend a joint press conference. To compound the PR blunder, in a private meeting with a Connecticut senator, Judge, remained defiant. Here’s how Senator Blumenthal described it — “I [Blumenthal] insisted that he … make refunds fully and promptly to consumers and businesses ..that … there would be no charges to consumers for the costs of restoring power… He declined all of these requests.” 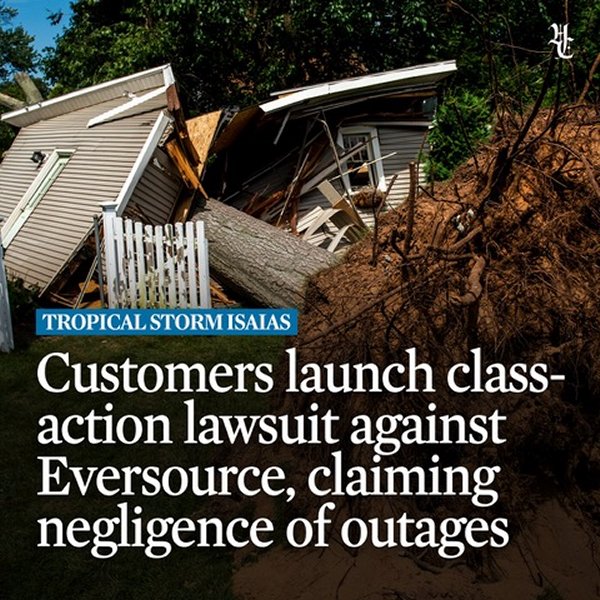 Instead, Judge sent out one of his flunkies to deliver the bad, not unexpected news—”At some point the cost of this storm will go into the electric rate in customers’ bills.” The flunky in question, Craig Hallstrom, rather than offering a much-needed apology instead threw out this laughable excuse — “With all our tools, we made a decision what the storm was most likely going to do… It’s a lot bigger than we thought it was, probably what a lot of people thought it was.”

Too bad he didn’t check with Greg Butler, EVP and General Counsel, whose compensation tops $5.5 million. He sold a half-million-dollars of his Eversource stock the day before the storm anticipating a market debacle when Eversource, as always, screwed up the restoration process.

Much of Eversource’s inability to service their customers in an emergency can be traced to a recurring effort to increase shareholder value by slashing head count. From a peak of 749 linemen in 2008, only 517 remained on the payroll in 2017. At the same time, Eversource share price was climbing from $37 (in 2009) to $62 in 2017 to $88 today.

Eversource customers have the highest electric bills in the U.S (second highest electric rates).  The question is what are residents getting for the outsized bills they pay?  Eversource continues to provide crappy service and yet their investors are sitting pretty (rate of return increased by over one-third in 2019).  Fleecing state residents has become an Eversource tradition. Here’s how the Governor explains one boondoggle — rate of return regulation — “…whatever you spend we’ll give you another nine percent…” After Eversource’s latest disaster, the governor was finally forced to admit — “We [state of Connecticut] give you [Eversource] a rate of return on the good things you do, [or] the bad things you do. There’s no incentive for performance.”

At Eversource, gross mismanagement and insider enrichment go hand in hands. 800,000 out of 1.3 customers without power for days while the top 5 executives feather their nests with over $40 million— double the $20 million the top five executives at the largest power company in the U.S. with 5 million customers make.

Investor-owned public utilities are an oxymoron.  Their corporate managers and boards work first and foremost for their shareholders. Delivering top notch service to customers barely makes the cut. This is not just a Connecticut problem. Most power companies in the U.S. are monopolies leaving consumers without a choice. 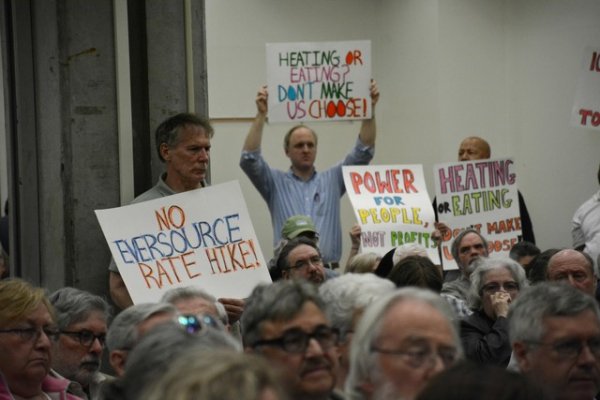 It’s time to drive the robber barons who run and own stock in for-profit utilities out of business.  Time to invest in municipal utilities owned by us, the customers “We can keep the rates down because we don’t have to pay a dividend or worry about shareholders,” [Tony Buccheri, general manager of the municipal utility in Wallingford] On average municipal utility rates are 40% lower than those charged by giant for-profit behemoths.

Let’s hear it for one congressman whose district was ravaged by the service failures of Eversource — “In all the recent weather disasters of the past decade, municipal providers consistently outperform Eversource … in power restoration and service… even discounting factors such as the size of geography and the number of customers…”