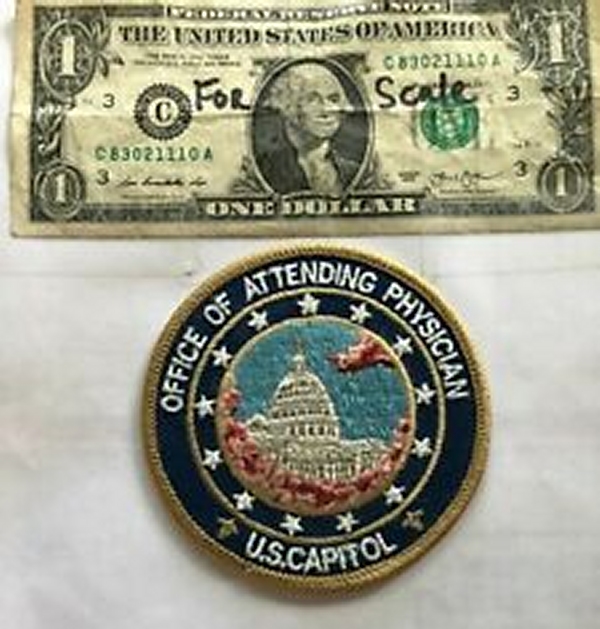 He’s co-chairman of the Congressional Hispanic Caucus and a beneficiary of single payer healthcare, two good reasons for Rep. Diaz-Balart to champion Medicare-for-all. Instead he’s a vocal opponent of “socialized medicine” (aka Medicare for All) — “The Members of this Conference [Hispanic Caucus] … will not support a bill that is being forced down America’s throat and that will take America down the path to bankruptcy.” You will note there are exceptions to every rule a bloviating congress person lays down. In Diaz-Balart’s case, the exception is — you guessed it — himself.

Let’s not forget, Rep. Diaz-Balart, along with every member of Congress, is the recipient of the single payer government health insurance, he denies to everyone else. The OAP, which acts as the primary care physician for members of Congress, has been described by a former OAP staffer as “the best healthcare on the planet.”

Throwing his Hispanic cohort to the wolves is nothing new for the Florida congressman.  Diaz-Bartlet has perennially been MIA in the struggle to get Latinos a better deal. Even before the pandemic, Latinos had the highest uninsured rate of any racial or ethnic group in the U.S. A bad situation worsened as the pandemic ravaged Latino communities — 4 million (19.8%) Latinos are unemployed, the highest unemployment rate of any ethnic or racial group in the U.S. Those that had employer-provided healthcare lost it. Another 10 million never had any kind of health insurance— public or private. Here’s inequality writ large.  While Rep. Diaz-Balart’s constituents sicken and die from lack of a way to pay for treatment, he enjoys the benefits of a national healthcare system. The word that comes to mind is betrayal. 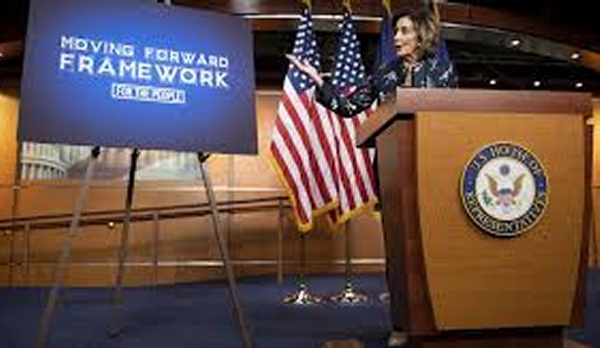 Not surprisingly he is not the only member of Congress whose hypocrisy is killing Americans. A far bigger fish, Nancy Pelosi, a Democrat who should know better but doesn’t, the first woman speaker of the House and the most powerful woman in the U.S. has turned her back on the poor and needy throughout her career. Recently her oligarchic slip showing, she came out publicly to shill for a plan she claims will bring relief to Americans suddenly without a job and the healthcare tied to it. “We have asked the president to have a special enrollment period for the Affordable Care Act for people who do not have insurance now so that they can sign up…” (Speaker of the House Pelosi, May 6)

Hard as it is to believe the best idea the Democratic leader of the house can come up with is to give desperate people, whose children don’t have enough to eat, whose bills, including rent, go unpaid, stuck in miles-long lines for free food the opportunity to buy overpriced crappy health insurance which wouldn’t help them even if they weren’t broke. Donald Trump’s bunch of austerity-spouting neo-liberals can’t top that.

The crew in Congress face no such uncertainty about keeping their healthcare. Like clockwork every year, they quietly pass an appropriation to keep the OAP in business. This year it was of $3.9 million. That wasn’t the end of the largesse heaped on their already full plates. When Congress overwhelmingly passed the CARES Act, the pandemic relief bill, they tucked in a $400,000 subsidy to OPA. Next they showered goodies on their BFFs — $4 trillion to the oligarchs’ ATM, the Federal Reserve. In a particularly generous mood, they even threw a bone to the American taxpayer. A temporary increase in unemployment benefits and a meager one-time stimulus payment. 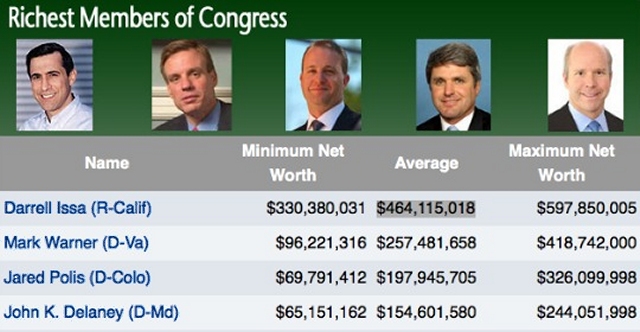 Members of Congress live on an entirely different planet than the rest of us with no “mundane” worries like keeping themselves and their families alive with no money coming in. To the contrary, the legislators we send to Congress generally wind up as millionaires even if they’re not when they get there. Using the means-tested formula the government uses to identify those eligible for Medicaid (government-provided healthcare), they wouldn’t make the cut. Half of the Senate and one-third of the House are millionaires. Speaker Pelosi who thinks everyone who isn’t an elected official or a BFF of one does not deserve single payer healthcare is worth $120 million. On the other hand, only 7% of American households are worth one million or more. There’s no single payer concierge-level healthcare plan for them.

Bearing in mind the income disparity between the haves and have-nots, here’s how the cushy insurance handed to elected officials for free compares with the extravagant sums the insurance industry demands and receives from the rest of us.  Members are supposed to pay the OPA $600 annually — that’s $50/month — for medical care that includes coronavirus testing, flu vaccines, lab work, physicals, XRays, and referrals to specialists. Declining to pay doesn’t stop delinquent members from enjoying the service. Try that one out on your insurance company.

Typically politicians do a lot of handwringing when the topic of single payer health insurance is raised as an alternative to employer-provided health insurance. Here’s presidential candidate, now vice presidential hopeful Amy Klobuchar in prime-time pearl clutching mode — “[with Medicare-for-all] we will no longer have private insurance as we know it. And that means that 149 million Americans will no longer be able to have their current insurance…I think it’s a bad idea.”

What’s so bad about employer-provided healthcare? Almost everything. For openers in a system, unique in the developed world, where healthcare is tied to employment, workers must toe the line or risk not only their jobs but their healthcare. In a major emergency like a pandemic, millions who lose their jobs will also lose their healthcare. Even with employee healthcare, insurance company greed has taken a larger and larger chunk out of workers’ paychecks. Over the last decade, employees’ share of premiums has risen by 71%. (Kaiser Family Foundation). Workers’ wages have not kept up.  Real wages (after accounting for inflation) have been stagnant for the last four decades. The overall effect —while employees’ wages remain static, they are constantly paying out more for their health insurance. At the same time, insurance companies are flush with profits. The future of employer-provided healthcare is more of the same — premium increases paired with slow or no wage growth. 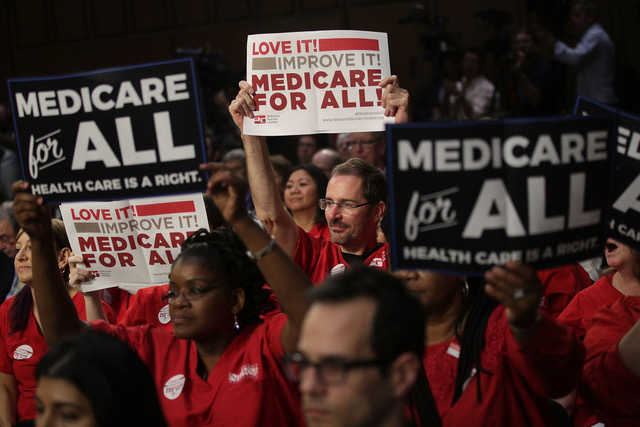 The COVID-19 pandemic has highlighted the inequality underlying U.S. healthcare — a single payer virtually free healthcare delivery system for elected representatives and a free-market, profit-oriented health industry boondoggle enriching insurance oligarchs for the rest of us. The one paid for by American taxpayers but not offered to them is a luxurious on-call service, the other, employer-provided healthcare, fails to fulfill even modest healthcare needs. Obamacare, the third tier of the U.S. failed healthcare system is a hodgepodge of unaffordable costs and substandard care. You don’t have to imagine a situation where the people are forced to pay for the most expensive healthcare system in the world, yet reap little benefit. You’re living it. If the pandemic has taught us anything, it’s that the present healthcare system based on private profiteering is not keeping Americans safe. Despite the $3.65 trillion spent on health care in 2019, the highest amount in the world, the U.S. is number one in confirmed COVID-19 cases. The conclusion is inescapable —the U.S. healthcare system is a miserable failure and a total disgrace. If elections count for anything, November, 2020 is the time to throw out the naysayers and elect those who will fight to make healthcare in the U.S. a human right. Finally.