Some things never change. When it come to the unhappy conjunction between corporate capitalism, greed and pandemic — be it 1918 or 2020 the U.S. response to a health emergency is underwhelming. On March 26, 2020 with over 3.3 million Americans out of work and applying for unemployment, wondering how they are going to pay their rent, the mortgage, their credit cards bills and student loans, the Senate has unanimously passed a bailout bill giving corporations access to trillions of dollars with no strings attached. This is Round 2 of the corporate enrichment program masquerading as pandemic relief for the people.

Round 1 occurred in 2008 when Obama rescued the banks from a disaster caused by their own greed and incompetence and nearly 10 million innocent Americans lost their homes to foreclosure. Obama’s plan distributed virtually free money with no oversight to the banks. Via stock buybacks, hefty bonuses and huge shareholder dividends, they became “too big to fail.” The jobs they had paid lip service to creating never materialized. 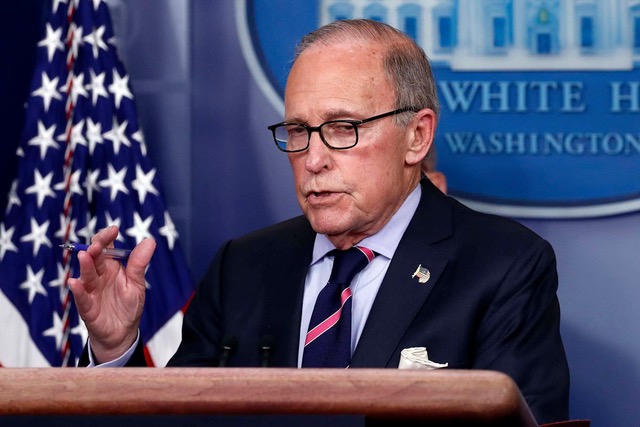 Twelve years later, with the Republicans in charge, the same fleecing of the American people is underway. The media-hyped relief bill advertised as a $2.2 trillion stimulus for desperate Americans is actually an opportunity for corporations and banks to loot the treasury. Larry Kudlow, Trump’s chief economic adviser, made no bones about it in a press conference on Fox News — “The total package here comes to $6 trillion. $2 trillion direct assistance, roughly $4 trillion in federal reserve lending power.” Economic jargon be damned, that $4 trillion in federal reserve lending power is a multi-trillion-dollar basketful of goodies for tycoons that run the biggest U.S. banks and corporations.  And that may not be the end of the raid on the public purse. Several respected economists predict that $4 trillion will eventually morph into $6 or $8 trillion.

“An abomination beyond comprehension” — that how one former TV host and progressive activist, Dylan Ratigan described it. As it was in (2008) and is now (2020), we are seeing an upward distribution of wealth handed over to corporations and banks while real pandemic relief for suffering Americans, for a disintegrating public health system, short-of-cash cities and states and desperate small businesses is dribbled out of a much smaller pie.

The enormity of the corporate bail out is breathtaking. Trump and his cronies in the administration and Congress (including most Democrats) are applying a huge band aid to the self-inflicted harm that twelve years of corporate buybacks and investor dividends have wrought. Many corporations are so strapped for cash that even a few weeks of lost economic activity threatens their viability. That’s why the foreclosure king Steve Mnuchin, who if there were any justice for the wealthy in the U.S. would be occupying a jail cell rather than a cushy seat as the

Treasury Secretary and his homeboys at the Fed cooked up a scheme to store $4.3 trillion at the Federal Reserve, a made-to-order ATM that large corporations and banks can access with almost no strings attached. To make sure their greed and irresponsibility put them in the hole again, the ever-obliging Fed will soak up any losses using your tax dollars. 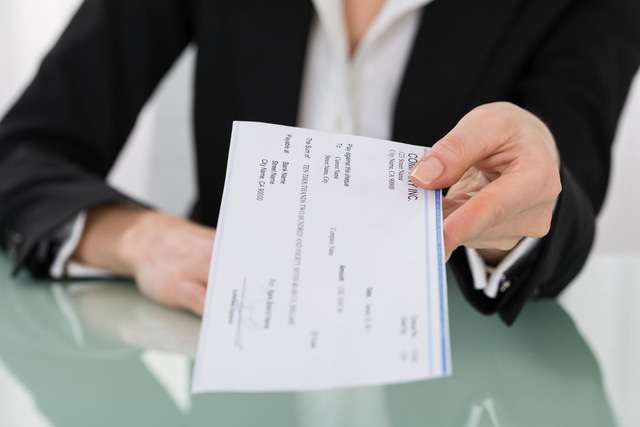 The game is rigged. They can’t lose but you can. After your one-time means-tested relief check comes in, after the paltry enlargement of your unemployment check, what then? You won’t be sitting pretty feasting on $4 trillion of zero interest loans which if history is any guide will quietly be forgiven down the road. What about the twenty-seven million small business which create two-thirds of new jobs in the U.S? Their share of the relief package is a measly $300 billion and they are persona non grata at the Federal Reserve trough where trillions are parked. Their only recourse is to squeeze money out of that dysfunctional agency known as the SBA (Small Business Administration) which will control the disbursement of the $300 billion.  Many small businesses unable to keep their businesses afloat will eventually become sitting ducks for large corporations with trillions in bailout money. Here’s Jim Cramer, host of a CNBC show and a long-time cheerleader of corporate welfare, inadvertently (we presume) letting the cat out of the bag —“If we come out of this sooner, then other, small businesses can open. If we come out of this later, there are going to be three retailers in this country. There’s going to be Amazon. There’s going to be Walmart. And there’s going to be Costco. Can you imagine what it means for this country to just have three retailers?”

Surely progressive leaders in the House and Senate discerned the grotesquely unfair allotment of resources in this ironically-named Cares Act. Not Bernie Sanders who, after a little grandstanding rhetoric— “I am very, very, very concerned about 500-billion-dollars that will go out to the corporate world without…the accountability or transparency that is needed. We do not need at this moment in history a massive amount of corporate welfare to large profitable corporations…”  voted yes. If Bernie had bothered to read the bill, he would have seen the not $500 billion, but $4 trillion worth of pork larding a mere $2 trillion dollars of real pandemic relief. Maybe he fears losing his senatorial privileges if he does anything more than spout moralistic aphorisms He had plenty of company as clueless as he was. The entire Senate lined up to do the bidding of the lords of the universe. That included those self-described progressive senators who were either too craven, too corrupt or too cowardly to use their leverage (the bill required 60 votes) to block the bill as written and demand changes that would prioritize the needs of hospitals, local and state governments, small businesses and the American people. Instead they followed the Pied Piper-in-chief and his loyal band of Republican co-conspirators into the swampy waters of corporate plunder and voted Yes.

In the House the fix was solidly in. Choosing the cowards way out, representatives settled for a voice vote to avoid going on the record. Only one representative even bothered to register a (small) protest after which amazingly she voted for the bill.

Of course, it wasn’t meant to and didn’t change a single vote of this bunch of corporate tools. Small comfort to know that Trump and Congress didn’t get the whole enchilada. The original bill contained a provision to keep their dirty dealings secret for six months. That provision was later removed. 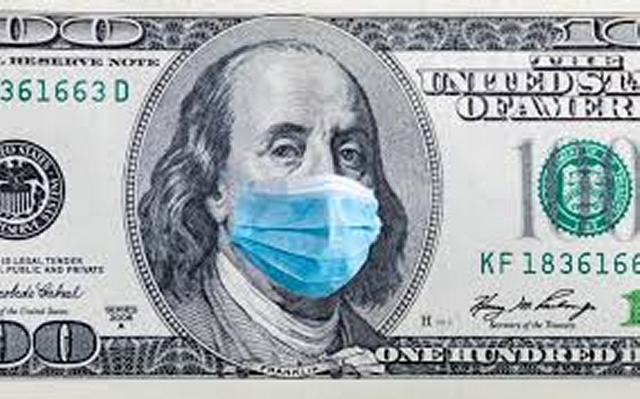 What a fall from grace. A country shut down, becoming the epicenter of the world’s confirmed coronavirus cases, Americans dying from gross shortages of life-saving equipment — ventilators, ICU beds, and test kits. Lack of protective equipment Incapacitating or killing healthcare workers by the dozens. This is not the time to equate pandemic relief with a trillion-dollar payday for corporations and banks. Too many Americans are scared and hurting and dying. Remember that when you decide this Fall who will represent you in Congress and try to pick the best from what is guaranteed to be a bad lot.