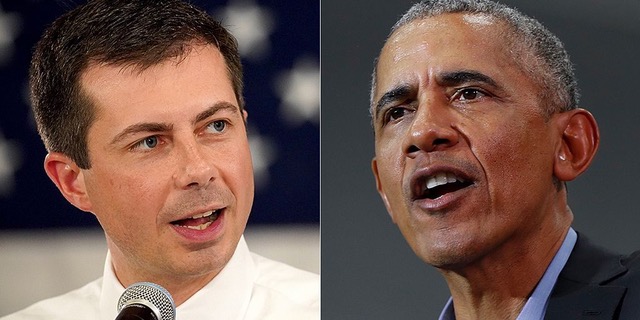 Long before mainstream media caught the scent, Suspicious Angels was on it predicting that “Mayor Pete,” aka Obama 2.0, would become the top dog in the scrum of candidates reaching for the 2020 brass ring. On August 1, Pete was running a dismal fifth in the polls. All that changed abruptly on November 23 when Pete jumped to first place in the Iowa caucuses supported by 25% of likely caucus-goers with Biden in second place (16%) and Warren and Sanders at 15%. In the New Hampshire primary, Buttgieg is doing even better with a favorability rating of 65% to Warren’s 39% and Biden’s 31%.

Buttigieg, a son of privilege, Harvard grad, and Rhodes scholar, earning six figures by age 26, is undoubtedly in second place when it comes to being corporate and capitalist America’s dream candidate (the archetypal corporate shill Joe Biden is in the top spot). Operating out of the same playbook as Obama with the same campaign staffers, he flat-out refuses to move on issues like a disintegrating planet, student debt and a broken healthcare system, instead making hollow promises as though the panacea for the 80% of American’s who live paycheck to paycheck is some nebulous concept of equality of opportunity,

With his growing prominence in mind, go back and check out “Will a Charm Offensive and Oodles of Money Land Pete Buttigieg in the White House? Ask Barack Obama,” SA’s August expose of the Pete Buttigieg smoke and mirrors show. In this article we bring you the latest developments as the Buttigieg express begins to steamroll over the other contenders going into the Democratic convention this summer.

As the Biden bandwagon falters, the entire Democratic oligarchy has started to hitch their wagons overflowing with cash to Pete’s campaign. With all the charisma of a nineteenth century snake oil huckster, Pete is answering their prayers. It will be business as usual in the Buttigieg administration. Take a gander at the full-throated approval the MSM gave to Pete’s debate performance which even die-hard supporters rated as lackluster.

Vox — Buttigieg avoided attacks from his high-polling opponents on the debate stage, while using his time to push his message as an outsider and a more moderate candidate who could unite the country,” (Comcast and other private equity firms are major investors)

Politico — “Even though he wasn’t attacked as predicted, he managed to show he could hold his own against the various attacks that did later emerge. His answer to the question of experience was a bold one…” (Owned by billionaire Robert L. Albritton, a powerhouse Washington player)

When all else fails, there’s always Steve Schmidt, Republican strategist and MSNBC shill who delighted his media paymasters at Comcast (owners of MSNBC) with this “pithy” comment —Mayor Pete had an “exceptional night” with a “pretty flawless performance.”

In a final burst of faux enthusiasm, Jeff Bezos’ mouthpiece, The Washington Post, crowned Buttigieg the debate winner. In their oligarchic gaze, Buttigieg remained above the fray unblemished by any attacks from “serious” candidates. Tulsi Gabbard’s criticism which appeared to draw blood — “I think the most recent example of your inexperience in foreign policy came from your recent careless statement about how you as president would be willing to send our troops to Mexico to fight drug cartels”— was discounted by the shills at WaPo as coming from a candidate with a “limited constituency” among Democratic primary voters.

Joy Behar, one of CNN’ copious liar-pundits, dismissed the Gabbard dressing-down as “Kremliny.” (whatever that means) 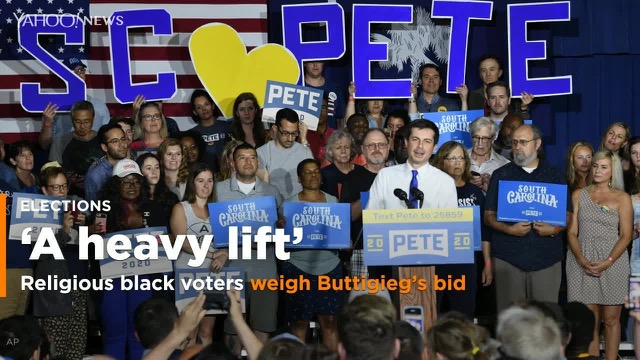 As SA pointed out in the earlier article, the major knock on Buttigieg is his inability to woo black voters, twenty percent of the democratic base. In the last forty years, only Walter Mondale (1984) and Michael Dukakis (1988) have failed to receive substantial support from Black voters while winning the nomination. This lack of support probably cost both candidates the general election.

Pete’s “black voter problem” is magnified by the paltry number of endorsements he has received from current or former Black or Hispanic officials. With Biden leading the pack at 154 endorsements and Warren, not a darling of the Black community, managing 43, Buttigieg’s 6 send a loud and clear message of trouble. Adding to the misery, a Quinnipiac poll released on November 18 gives Pete zero support among black voters in South Carolina (an early primary state). To make matter worse, the campaign put out a press release listing 400 endorsements from Black and Hispanic leaders for his “Douglass” plan to deal with racism. Except that many of the 400 had never been asked to endorse the plan, had not formally endorsed it or were opposed to it; some were neither Black nor Hispanic. 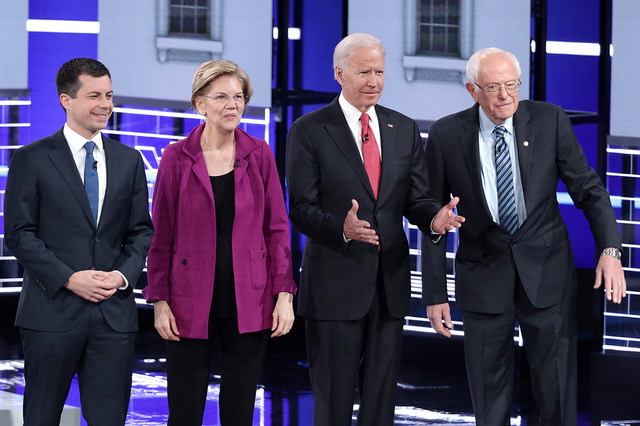 Bearing in mind that the three top Democratic candidates, Biden, Sanders and Warren are septuagenarians, Buttigieg has replaced the prize-winning and misleading hope and change,” of the Obama era with “it’s time for a new generation of leadership.” On a policy level, it means more war, more defense spending, continuation of the climate catastrophe, a band aid approach to an expensive, inefficient and under-performing healthcare system, greater levels of student debt and the continued growth of economic equality.

We are left with the question —what is the path to the nomination for Pete in 2020? Not much different than it was in 2016 when a different neoliberal hawk, Hillary Clinton stole the nomination from Bernie Sanders. Then as now, the deciding factor may turn out to be super (unpledged) delegates —lobbyists and officials within the party free to vote for any candidate regardless of the results of the popular vote in primary elections and caucuses preceding the convention. After these super delegates delivered the nomination to Hillary and she lost to a game show host, the clamor for reform propelled the DNC (Democratic National Committee) kicking and screaming to the brink of changing their corrupt system. Old habits die hard and what finally emerged from the groundswell of support for reform is unlikely to derail Pete’s nomination chances. Super delegates will be prohibited from voting in the first round but free to jump in and vote in succeeding rounds. In the likely event that no candidate receives a majority of “pledged delegates” in the first round, Pete’s right-leaning views on everything from healthcare reform to student debt make him the odds-on favorite to capture much of the unpledged vote. As super delegates make up about 16% of the delegates, currying favor with them could be a game changer. By all accounts, Pete has devoted much time and effort to wooing these fat cats and they have responded by bankrolling his campaign. 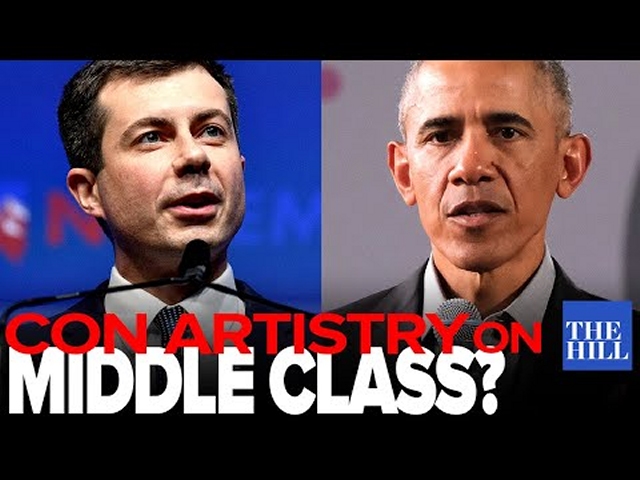 That’s the story thus far, dear readers. Rest assured this is and always will be the home of the straight story. Find out how the Washington power brokers in league with the billionaire-owned channels of communication are determined to install in the Oval Office another friend of big business, another servant to the masters of the universe. The titans of business and industry are determined to limit the peoples’ choice to two bought and paid for politicians. Waiting in the wings — another four years of living in a country by and for the obscenely rich and powerful.