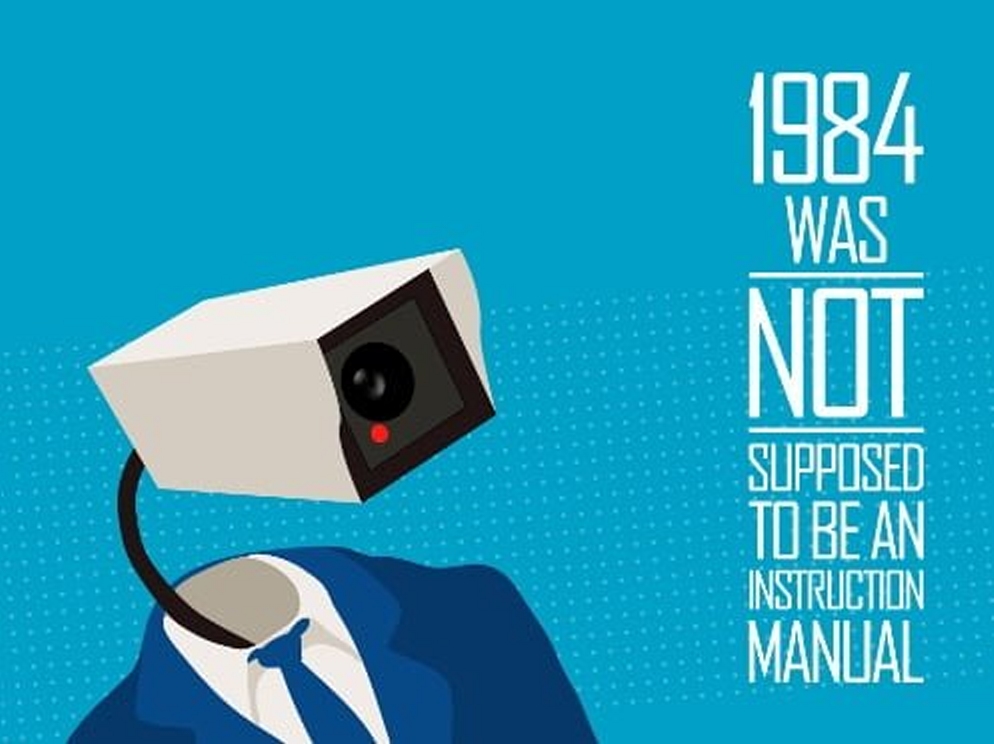 As the twenty-first century dawned and the twentieth ended, the mythology of America as the land of the chosen people died a quiet death. The U.S. police state came out of moth balls as the empire’s increasingly bellicose behavior spawned attacks on the U.S. and its possessions all over the world.  As America’s paranoia grew — “they’re out to get us” being an endless government refrain, law-enforcement’s presence became more visible, more intrusive and more deadly (especially if you were African American). September 11 exacerbated the tensions and provided the excuse for the start of endless wars overseas and a growing assortment of laws at home to muzzle dissent and warn off those who challenged the growing militarism of U.S. policy-making.

An America’s police state was nothing new. It actually came into being as soon as the British settlers landed in the new world and determined to own it. In order to declare their sovereignty over this large territory, the not inconsiderable problem of removing the original owners from the land the settlers coveted had to be accomplished. The deployment of a large army was the solution U.S. presidents especially Andrew Jackson (who signed 147 removal orders) settled on. It took hundreds of years, but the carnage became the largest genocide in the history of the world — fifty to one hundred million Native Americans slaughtered or forced from their ancestral homelands.

As American industry, particularly although not solely in the south, became more reliant on slave labor to grow the economy, a militarized police force, the standard bearer of a police state, reappeared this time as the backstop against insurrection.   Years later as hegemonic dreams replaced U.S. foreign policy, the police state which had already served two purposes was repurposed to act as an aggressor and colonizer overseas.

When the concentration of wealth and power in the political system sent income inequality through the roof, the dichotomy between the haves and the have-nots created the need for a domestic militarized police to safeguard the interests of the new American oligarchy. As democratic norms turned inside out, the American people stopped believing in the Tooth Fairy. Beset on all sides by government fear mongering and claims of imminent imaginary attacks on the “homeland,” the public meekly accepted that keeping them safe required a loss of personal freedom, the growth of a militarized police force that shot first and asked questions later and new laws that legalized government intrusion into their personal lives. After 9/11 Congress enacted and the president signed and the American people agreed to live under the freedom-busting provisions of the Patriot Act passed in 2001 and reauthorized by every congress since. Suddenly the government had a powerful tool to collect data from every device a person uses — cell phone, land line, computer —with only the approval of a single member of a secret government-controlled entity (FISA court).

In his second term, Nobel Peace Prize-winning President Obama upped the ante when, as part of the 2012 NDAA (National Defense Authorization Act) he inserted and a paralyzed congress assented to a provision (section 1021) that authorized the indefinite detention without charge of persons the government suspects (no proof required) of involvement in terrorism, including U.S. citizens arrested in the U.S. In addition, habeas corpus, one of the major pillars of the U.S. justice system ceased to be a force preventing government overreach. This NDAA redefined imprisonment of civilians as “military detention.”  A direct contradiction of an 1878 (posse comitatus) that prohibits the government from calling in the troops to conduct domestic law enforcement. When the passage of 1021 came up in the Senate, only thirteen of one hundred senators had the guts to vote no (a rose to Bernie Sanders, Al Franken and Rand Paul and the other ten). 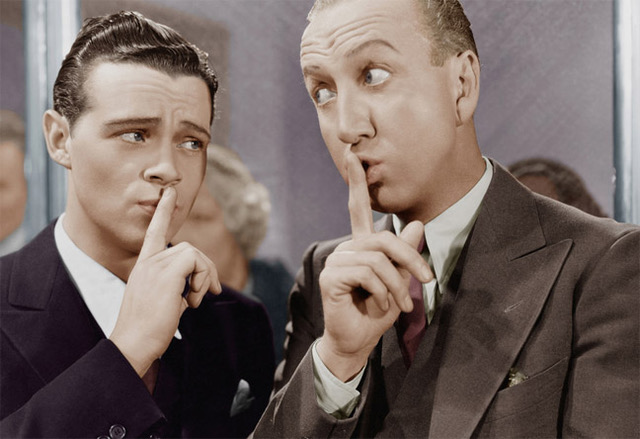 It’s a scary time to be an American. In a national security-obsessed country where secrets are the coin of the realm and new numbers (quadrillion = 1+ 15 zeroes) have to be invented to keep up with the massive quantities of personal information the feds are gobbling up. The job of storing that data became a multi-billion-dollar nightmare. By building a $1.7 billion facility in Utah in 2013 covering one million square miles, the government gained limitless storage to keep pace with the vast quantity of data it aimed to collect, most of it from Americans’ private communications.

But it’s not just government snooping that turns up the heat on privacy concerns. Sometimes the American people are their own worst enemy. How about those seven million (and counting) Americans who have succumbed to a compelling ad campaign to pay a private company to unlock their DNA profile (at $60 a whack)? What they didn’t count on was the government’s determination to scarf up theses profiles for permanent storage on their own genetic database. On the positive side, this stored DNA has led to the solution of a few serious crime. Was it worth it? Less well-known and far less benign is the very real possibility that private companies will release their DNA profiles to the government for the flimsiest of reasons.

No American is totally safe from the heavy hand of government. For a nation that makes domestic and foreign policy decisions based on an agenda of world domination is always on the hunt for “enemies of the state.” During Obama’s two terms, eight Americans with the courage to protest the excesses of a government gone surveillance-mad were charged with espionage under the worn-out provisions of an hundred-year-old law, the 1917 Espionage Act. Recently, the Espionage Act claimed another victim, Julian Assange, an Australian citizen. To most Americans, the message was loud and clear. Protest marches and peace demonstrations could be a one-way ticket to being disappeared.

The pressure of living under an authoritarian government is palpable. A Gallup poll conducted recently found that Americans are the world’s most stressed people — every day 55% of us experience stress; 45% worry; 22% anger. According to the same poll, 20-25% of adult Americans (over 18) are depressed at some point every year. No doubt that explains why 45,000 Americans commit suicide every year (123 every day). (Centers for Disease Control)

The deepening pessimism and uncertainty that hangs over the lives of so many Americans has led to a virtual tsunami in “deaths of despair (suicide, alcohol, drugs). Termed an American phenomenon because it is virtually unknown outside of the U.S. these deaths disproportionately affect the bottom 60% of the workforce to the tune of 150,00 deaths every year (documented by Anne Case and Angus Deaton). Deaths of despair are major contributors to the decline in life expectancy in America over the past two years: a decline that hasn’t happened in one hundred years since World War I and the 1918 flu pandemic.

Adding to this picture of anxiety and despair is the plight of U.S. children. Remember when childhood was considered a joyful and carefree interlude between babyhood and adulthood? No longer.  Today’s children are not immune to the stresses their parents feel. Suicide is now the second leading cause of death among children ages 10-18 (NBC News)

The growth of American empire accelerated after World War II as the U.S. untouched by the devastation of the second world war, played the role of the world’s cop not to promote peace but to satisfy aggressive foreign policy goals. The U.S. ramped up its military to wage war in Korea, Vietnam, Afghanistan, Yugoslavia, and Libya plus numerous smaller encounters all over the globe. In the last two decades, the U.S. went from fighting two wars in 2007 (thanks to President Bush) to fighting seven in 2018 (thanks to President Obama). Our current tally is eight with two others, in Venezuela and Iran, in “get tough” preliminary talk, usually a precursor to war.

A country bent on world-wide hegemony has to waste a lot of money on the trimmings of empire: a military budget of over $1 trillion, a militarized police force to quell domestic disorder and all the trappings of a police state: warrantless wiretapping, torture and rendition under Bush-Cheney or use of the 1917 Espionage Act to silence critics under Obama-Biden.

As foreign adventures take on the guise of crusades, domestic programs start shrinking. “Luxuries” like food stamps, affordable housing, infrastructure building, climate-related fixes and a whole range of other domestic reforms get short shrift from a government whose military are ravaging the Middle East, Africa and Eurasia. 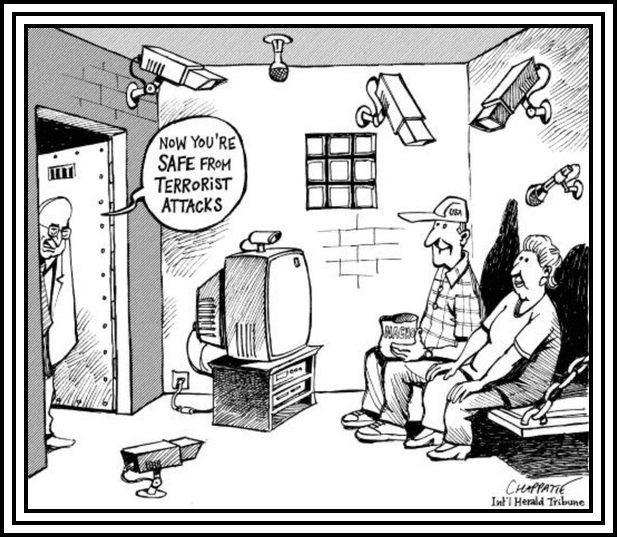 What happens to a country that is unwilling to make life better for its own people? Consider: with U.S. blood-soaked adventures abroad consuming the better part of the discretionary budget, the United States is the only developed country with no paid family leave policy. The result: American maternal mortality, which includes childbirth-related deaths in the year after birth, has increased 50 percent in a generation. U.S. adults don’t fare much better. In the richest country in the world, in 2018 one quarter of U.S. adults were forced to forego the medical care they needed because they couldn’t afford ti.

The U.S. police state takes its toll on both military veterans and police.  Of the nineteen million living veterans, twenty commit suicide every day. Police officers are similarly affected. In 2018 more police officers died by suicide than in the line of duty. Civilians too fear for their lives as domestic law enforcement becomes increasingly militarized. Particularly young men of color face increasingly long odds in a confrontation with police. One out of every hree people killed by a stranger is killed by a police officer. (The Hidden History of Guns and the Second Amendment by Thom Hartmann).

Fifty years ago, Malcolm X described the dystopian universe the empire had created with its ethos of perpetual war— “[American cities and towns have become] de-industrialized zones turned into quasi-police states where lethal force is delivered indiscriminately to unarmed people, mostly people of color.”

Since that time, the U.S. has elected ten presidents — six Republicans and four Democrats. All have put the concerns of empire at the top of their agenda, the needs of the people a distant second. Gearing up for 2020, Democratic presidential hopefuls are tramping through states where the race will be decided wooing the people with lofty pronouncements and worn-out promises of putting people first. None of them seem to be the kind of leader America really needs. A leader with the good sense to wage peace not war, to mend the tattered social safety net, and restore the peoples’ faith that democratic government can make life better for its people. Call it transformational but what it will take is a leader with guts, determination, and brains. Is the kinder, gentler, saner America in view? Vegas would give very long odds on that possibility. 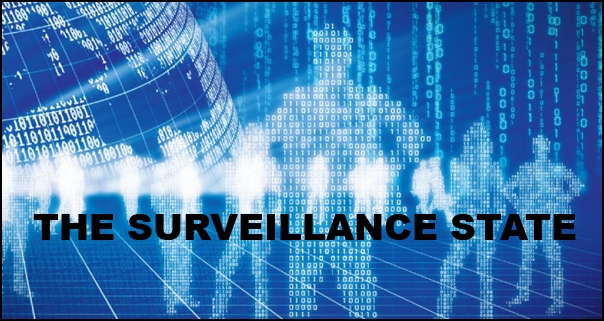