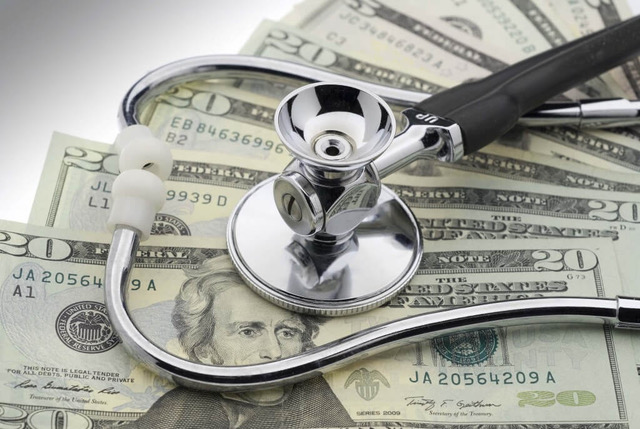 Welcome to corporate healthcare, the new normal in doctors’ offices, where profits are king and patients are commodities. With government regulatory agencies essentially adopting a “hands-off” policy, the ever-inventive medical establishment has come up with a basketful of new procedures to delude the patient population into believing that more (traditional drug-and procedure-saturated medicine) is the way to go. This at a time when American health care is growing more expensive and less effective. Life expectancy in the U.S. has been dropping for two straight years, the US. has the highest maternal mortality rate among developed countries and, according to a report by the Commonwealth Fund — the U.S. fails to achieve better health outcomes than the other countries, and … is last or near last on dimensions of access, efficiency, and equity.”

The response of the medical community to the state of U.S. healthcare? General agreement that reasonably priced healthcare options are “junk science” (acupuncture, massage, chiropractic care). Even patient choice is no longer a given—

What happened to Arthur happens more often these days as medical practices get bigger and scoop up more and more doctors in the same specialty. If you don’t like your doctor, the practice threatens, you can hit the road. For most Americans, particularly those millions forced into second or third jobs to pay their medical expenses or college loans, the effort required to go to another practice is not a realistic option.

The bottom line: U.S. healthcare has taken two critical components of a patient-centric system —access and choice — off the table. Like other corporations, medical practices these days slap an LLC (limited liability company) behind their names and suddenly are endowed with a lower level of liability for their actions (medical malpractice may still apply to individual doctors, but the owners of the practice have no personal legal liability). In Trump’s tax plan, LLC practices also shield their owners from some of the taxes assessed on non-LLC corporations. Another tax dodge for corporate America. 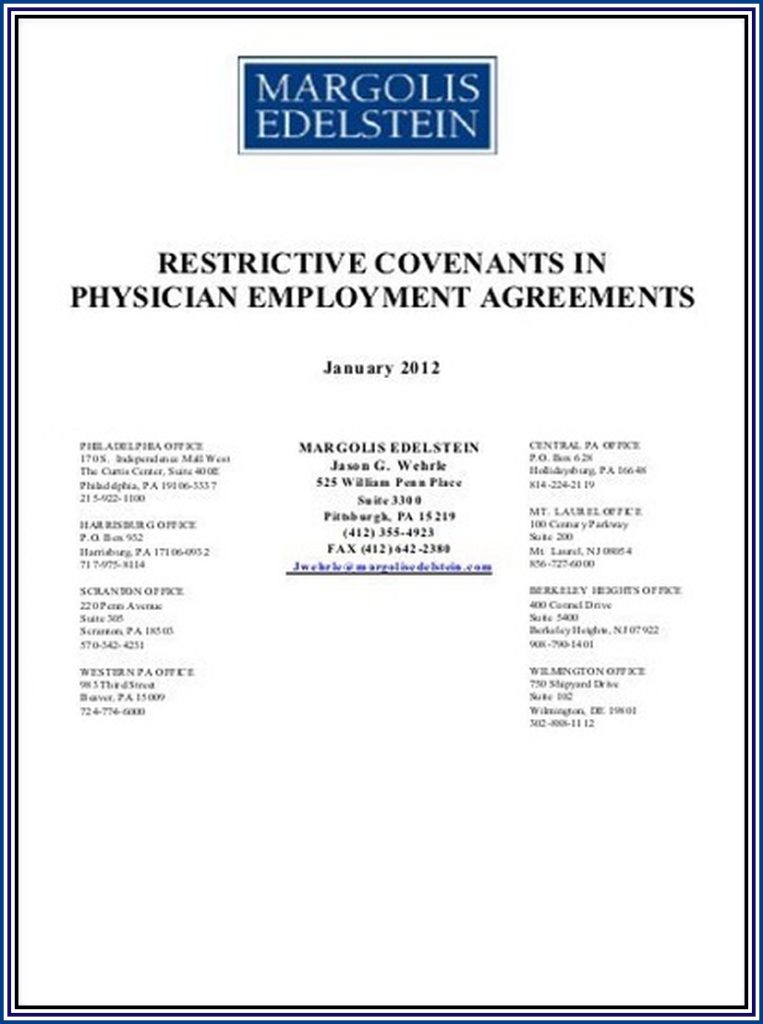 Henry was stuck between a rock and a hard place. As it turned out, his doctor had been fired by his practice (not bringing in enough business is the usual cause for termination or violating the strict time caps —7-11 minutes —for each patient visit) and started a new urology practice with colleagues who had been similarly booted. But even if Henry had managed to find his doctor, he probably couldn’t have scheduled a visit. Under the terms of the contract his doctor signed with his former employer, he was bound by a restrictive covenant clause that barred him from treating former patients or even from practicing within thirty-five miles of his former employer.

How prevalent are these restrictive covenants? In a recent survey of two thousand PCPs (primary care physicians) in five states, 45% admitted to being bound by a non-compete clause. Wresting a doctor away from long-time patients, particularly those with chronic conditions, is devastating for patients. It happened to one long-term cancer survivor. She received a letter from her doctor’s medical practice announcing the doctor’s exit but omitting reference to his new practice. Her response— “Somehow they [the practice enforcing the non-compete clause] lost sight of patient care and were more concerned about the bottom line.

That goes for the entire healthcare industry which has steadily relegated patient care to the bottom of the priority list. On top —profits, the bigger, the better. “When doctors want to move from one practice to another, if they’ve got a good therapeutic relationship with their patients, you’d think that public policy would want them to continue to treat those patients that trust them” (Judy Conti, National Employment Law Project).  Ah, that’s the rub, isn’t it? When “public policy” clashes with profit-driven capitalism, the pillage and plunder metrics of capitalism invariably win.

To defend the indefensible, big wigs at major healthcare practices pretend that non-compete clauses actually benefit patients — “…because they [non-compete clauses] provide stability with a practice and ensure continuity of care.” (director of a major Iowa clinic). Not convinced? Try this excuse on for size— “Patients get frustrated but what they may not understand is that this is a legal thing that we have to abide by.” (Spokesperson for the University of Wisconsin health care system). Without doubt, a major component of the success of non-compete clauses is the lack of moral courage on the part of those who feel bound to enforce them. How about the doctors’ “natural allies,” the AMA (American Medical Association)? As the official lobby for corporate medicine, not individual doctors, their allegiance is to the power brokers — in a carefully nuanced statement, Dr. Patrice Harris, President-elect dithered — “To the extent that these agreements disrupt continuity of care, this is of great concern to the AMA.”

What are the chances a group of doctors bringing a lawsuit challenging both terminations and restrictive covenant clauses in medical contracts will prevail? Very good, according to David Clark, an expert on the legality of healthcare non-compete clauses — “No court is going to deny a patient who wants to go see a doctor of her choice.” 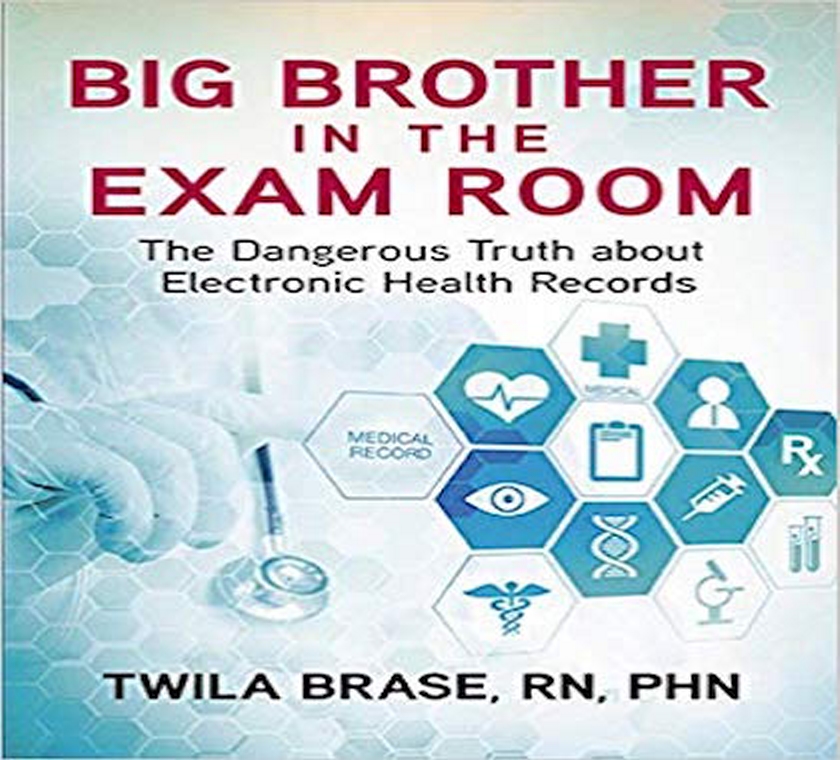 As almost every American who has had the misfortune to be a patient knows, profit-driven healthcare is not the answer to a long, healthy life. Consider the checkered history of Electronic Health Records (EHRs), sold to the public as the one sure way for patients to receive the most effective treatments, reduce medical errors, and provide a fast and efficient way to share their medical histories with doctors and hospitals virtually anywhere in the world. These wildly exaggerated claims convinced Obama to make them part of Obamacare. So far the feds have poured $36 billion into the EHR industry and made a lot of fat cats fatter. What have patients gotten in return — an error-prone, cumbersome system whose requirements vitiate doctor-patient interactions, making them little more than a fill-in-the-blanks exercise. Here’s how one administrator at a large medical center described a typical office visit in the era of EHRs —In America, we have 11 minutes to see a patient and [our doctors have] to be empathetic, make eye contact, enter about 100 pieces of data, and never commit malpractice. It’s not possible” (John Halamka)

But when it comes to outright larceny, “surprise billing” takes the cake. Let’s say you go to a hospital that’s part of your insurance company’s network, only to receive care without your knowledge or permission from a doctor who isn’t part of that network.

There’s an even darker side to U.S. healthcare.  “Predictive medicine” (not unlike predictive policing) helps insurers predict how likely you are to develop specific illnesses and more important, from the doctor’s point of view, how likely you are to pay what your insurer doesn’t cover. As high deductibles and co-pays force patients (both those insured by their employers and those buying insurance on the federal marketplaces) into paying a greater share of the larcenous fees doctors and hospitals charge, health providers want to know how likely they are to be paid before they treat you. A couple of companies are getting rich investigating your credit worthiness for doctors and hospitals.

There was a time when healthcare was exactly that. Fifty-eight years ago, this dedication celebrating the commitment of the U.S. medical system to the welfare of patients appeared at the end of the movie The Young Doctors — “This film is dedicated to the medical profession for its constant devoted service to mankind.”

Little more than a half century later, it’s hard to imagine that U.S. medicine ever operated that way.

What will it take to unseat the power brokers who control healthcare in America? Lots of us united around one goal — single payer universal healthcare. “Small acts, when multiplied by millions of people, can quietly become a power no government can suppress, a power that can transform the world.” (Howard Zinn)