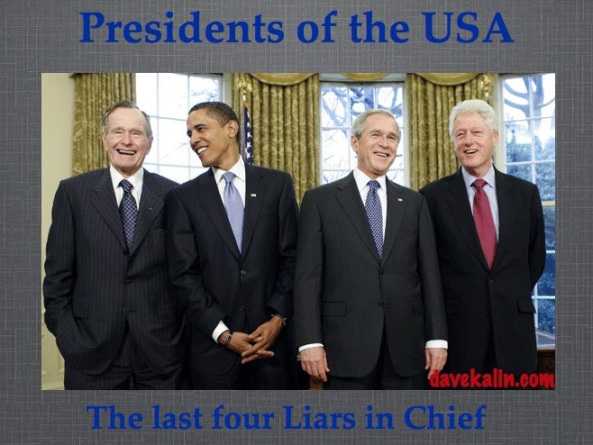 How Many U.S. Presidents Lied Their Way into the White House and Beyond? All of them!

Is there a sentient 21st century human being who doesn’t know that all governments lie? A less well-known corollary and one Suspicious Angels intends to document is that all Presidents, Republican or Democrat, lie. Their lies paving their way to Top Gun of the U.S.

Most presidential candidates pledge to have an open administration. Funny thing about campaign promises, they seldom survive the transition to the Oval Office. Conservative or liberal, the pattern of duplicity is remarkably similar. In 1968, candidate Nixon promised his supporters “an open administration” and pledged to “tell the American people the hard truth.”  Reinforcing that fairy tale, here’s Herbert Klein, Nixon apologist (formal title: Director of Communications)— “I’m confident…truth will become the hallmark of the Nixon administration.” How did that work out?  Barely a year in office, Nixon called for a raid on a military prison in North Vietnam where, intelligence agencies had determined, American POWs were held (not for the first or last time, the intelligence was erroneous). Defense Secretary Laird in congressional testimony denied that the operation had included any bombing (the U.S. had agreed to a bombing halt)— “There were diversionary operations…but there were no ordinances involved.  Guess who blew the whistle on that lie? Nixon himself who at a White House dinner stumbled into the truth — “Of course there were bombing raids going on to divert attention.” 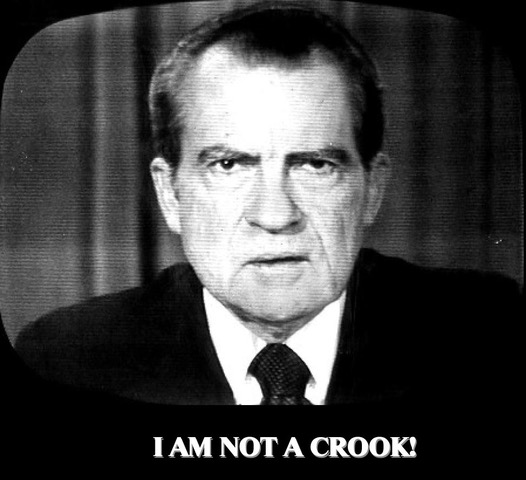 Fast forward 41 years to the Inauguration of possibly the all-time winner of the presidential liars’ derby, Barack Obama. At his January 20, 2009 Inauguration in front of 1.8 million people with another 37.8 million watching on television, Obama promised “Transparency and the rule of law will be the touchstones of my administration.”  Hewing to the Nixon pattern, Obama’s chief lickspittle and head of his transition team, John Podesta, lied his way into history vowing that the new administration would conduct “the most open and transparent transition in history.” How did that work out? A telling moment occurred in 2011 as Obama was scheduled to get a “transparency award” in a public ceremony. The sad ending to that plan is summed up in this headline: ”Obama ducks transparency award…”  (McClatchy) Apparently fearful of public reaction, the presentation was switched to a secret off-the-record meeting without the press. The irony of a transparency award slipped to Obama in secret somehow eluded the not-on-the-the-ball corporate media.

What else did Obama and his henchmen (and women) lie about in the eight years of his administration? Almost everything. Let’s take a quick stroll down memory lane and unearth the biggest whoppers (by no means a complete listing). The creation and passage of the Affordable Care Act (Obamacare) provided the opportunity for a tsunami of lies. It started with candidate Obama putting lipstick on what became a corporate welfare pig: “If you can’t obtain [health insurance] through a private plan, there is going to be a public plan available.” This mantra was repeated innumerable times throughout the campaign. The curtain came down on the much-touted public option on December 22, 2009 when President Obama rewrote history with this whopper: “I didn’t campaign on the public option.” 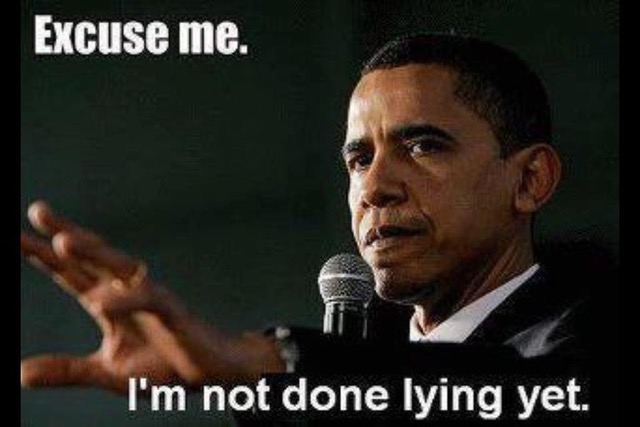 The lies kept coming. Candidate Obama on the public’s right to be party to the creation of the ACA. It turned out that a single lie wouldn’t suffice. “I’m going to have all the negotiations around a big table, doctors and nurses and hospital administrators, insurance companies, they just won’t be able to buy every chair.” Turned out they could and did. By the time Obama’s major donors, heavy hitters in the profit-driven health industry, had taken their seats, there wasn’t a seat left for single payer and public option advocates. Wrapped in that lie was another even more pernicious lie. Here’s candidate Obama bragging about public input into the health care bill — “We’ll have the negotiations televised on CSPAN…to allow people to stay involved.”  Never happened. Instead one of his gophers attempted to explain away the inexplicable — “This president has demonstrated more transparency than any president…[but] I don’t think the president intimated [intimated no, said yes] that every decision putting together a health care bill would be on public TV.

Although an encyclopedia-length treatise on the lies, half-truths, and outright deceptions of the Obama administration could be written (for a more comprehensive treatment see Legacy: Obama’s & Ours), we’ll close this section with a truly heartbreaking lie. It started with Obama spinning a yarn he knew his supporters wanted to hear — “off shore drilling will not make a real dent in current gas prices or meet the long-term challenges of energy independence.” To reinforce that lie, his Inaugural Address contained the high-minded sentiments that always sent his base into raptures: “We will harness the sun and the wind and the soil to fuel our cars and run our factories. After an earful from his real base, Wall Street moguls  and corporate titans, Obama jumped off the environmental train before it left the station and justified his flip flop by boasting on April 2, 2010 “It turns out…that oil rigs today generally don’t cause spills…” Eighteen days later, on the eve of the 40th anniversary of Earth Day, the Deepwater Horizon oil rig exploded killing eleven workers. Eighty-seven days later, 5 million barrels of oil had devastated 16,000 miles of coastline in five states. 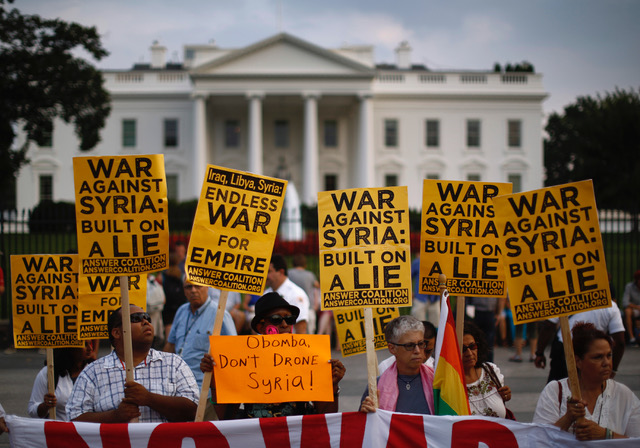 When it comes to presidential lies, the subject of war really gets the juices flowing. U.S. presidents love war. In 1830, Andrew Jackson, war monger extraordinaire, tried to whitewash his policy to forcibly push Native American settlements west of the Mississippi River by pretending that the U.S. government was going to “open the eyes of these children of the forest to their true condition… [native Americans would realize] the policy…toward the red man is not only liberal but generous.” The Black Hawk war was the Native Americans’ reaction to his duplicity.

Sixteen years later in 1846, President James Polk asked for a congressional declaration of war against Mexico asserting that Mexico had crossed “the boundary of the United States, has invaded our territory and shed American blood on American soil.”  As one dissenting congressman observed during the debate over Polk’s war request “It is our own President who began this war.” Polk got his war declaration.

In the annals of twentieth century U.S. war mongering, President Woodrow Wilson is the poster child. Take his 1916 campaign slogan “He kept us out of war” and his repeated warnings throughout the campaign that if the Republicans won, “We will be drawn…into the embroilments of the European War. Five months after Wilson won a second term, the U.S. entered World War I.

It didn’t take long for FDR to join the ranks of presidents lying about America’s potential involvement in war “I have said this before but I shall say it again and again and again. Your boys are not going to be sent into any foreign wars.” That promise bit the dust less than two years later.

Even President Eisenhower would have flunked a polygraph test. In 1960, the Russians shot down an American plane in Russian air space and took the pilot (Francis Gary Powers) prisoner. Rather than admitting it was a spy plane, Eisenhower chose to lie claiming that the plane was on a mission to check weather conditions and had accidentally strayed into Russian territory. Because he lied and the Russians knew it, negotiations that might have ended the Cold War came to a crashing halt and the world lived with the specter of war between Russia and the U.S. for another forty years.

Lying about not going to war on the campaign trail and sending out the troops as president is an occupational hazard. Take the pathetic bungle LBJ made of his presidency over the Vietnam War. Eerily similar to FDR’s phony assurances LBJ managed to one-up the master and lie about American involvement in two wars. In his 1964 presidential campaign, he posed as a peace-loving president: “we don’t want our American boys to do the fighting for Asian boys…we don’t want a land war in Asia.” Less than one year later he accelerated the U.S. role in Vietnam eventually sending more than one-half million American soldiers to Vietnam. 58,000 of them died. As if lying the U.S. into one war wasn’t carnage enough, in 1965, LBJ invaded the Dominican Republic on the pretext he was “protecting American lives.” The real reason? To unseat a democratically elected leader and install a military junta popular with both Dominican and U.S. business interests.

The dawn of the 21st century didn’t change the lying ways of U.S. presidents. First up, George W. Bush and lies that led to the Iraq war. Bad as they were, his lies looked downright amateurish when the old master, Barack Obama threw himself into the presidential sweepstakes. In 2009, to the bewilderment of most peace-loving people, President Obama was awarded the Nobel Peace Prize. In his acceptance speech, Obama tried to have it both ways: invoking the necessity for at least one or two wars (he eventually started 7))— “war is sometimes necessary” yet trying to retain his anti-war credentials — “war at some level is an expression of human folly.”

Lying is a power tool in the presidential toolbox allowing presidents to “manage” public opinion, gin up public support for policies that if exposed to sunlight wouldn’t pass muster, and silence critics particularly when presidential decisions go south (America hasn’t won a war since 1945). In presidential hands, lying also becomes a way to enrich major Pentagon contractors, acquiesce to the perpetual war demands of both the intelligence services and the military and gin up xenophobic enthusiasm among supporters.

Even “honest Abe” wasn’t immune to a bit of prevaricating. According to the late historian and public intellectual Richard Hofstadter, Lincoln’s Emancipation Proclamation (much celebrated, seldom read) “had all the moral grandeur of a bill of lading,” freed zero slaves, exempted from compliance Southern states and territories held by Union armies and applied only to states that had seceded from the Union. Fat chance they would comply. The Emancipation Proclamation turned out to be historic fantasy.

In a 1971 speech, President Nixon, a quintessential liar himself, promised that U.S. troops would soon be coming home in accordance with his policy of “Vietnamization.” He ended on a curious note— “But can you believe this?”

The American people couldn’t then and can’t now. Half a century since the bad old days of the sixties and seventies and little has changed. U.S. presidents are still a passel of liars willing to promise anything to get elected, refusing to stand by their promises once in office. What has changed is the stranglehold the national security and surveillance state has on almost every aspect of American life. The results are terrifying. First amendment guarantees are subordinated to the empty lies of protecting national security.  Government surveillance has robbed Americans of their right to privacy. The mainstream media has become the government’s mouthpiece putting a positive spin on government lies, half-truths, and deceptions.

Consider the saga of Sam Gibbons, a long-forgotten congressional back-bencher, who came into congress determined to make a positive difference in the lives of his constituents. LBJ’s lies convinced him to support the Vietnam War. He spent the rest of his life regretting it. “How can you give your consent to be governed when you are misled and lied to?” It’s the right question too bad no one is asking it.