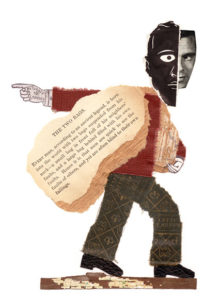 According to Aesop, every man is born with two bags around his neck:
a small bag full of someone else’s faults and a large bag filled with his own.

Robert Mueller has emerged as America’s newest super hero. Although he has not yet been nominated for canonization (you have to be dead to be considered), the praise that has been heaped on him — his personal 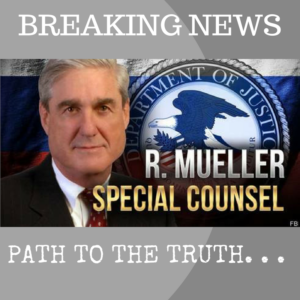 “integrity,” his stellar law enforcement career, his “impeccable credentials” (Rep. Jason Chaffetz, R. Utah), in short, a “respected public servant of the highest category” (Democratic Minority Leader Nancy Pelosi)— speaks either to his stature or to Americans’ gullibility. To find out what really makes Robert run, we take a look backward at the “greatest hits” of Mueller’s past performances.

In 2013, he retired from the FBI, the longest tenure since J. Edgar Hoover. Celebrating with him were the usual suspects —an assortment of beltway movers and shakers on the podium to deliver their breathless encomiums. Here’s George “slam dunk” Tenet, who got it wrong on the Iraqi invasion and almost everything else he opined about, “…His [Mueller’s] life has been defined by trust, discipline, and honor.”  Not to be outdone, Eric Holder, corporate lawyer turned Obama’s Attorney General who presided over the witch hunt for whistleblowers, pushed the envelope further: “A leader, a man of character, a distinguished and dedicated public servant, principled pragmatist, an innovator and a motivator.” Wow! For more stirring praise, here’s Robert Mueller on Robert Mueller “I’ve always been proud…to work for the DOJ because of that for which it stands…an unyielding commitment to the rule of law and to the safety and security of the citizens we serve. (Note: although it was to be expected no unusual elongation of individual beaks was noted)

Robert Mueller became FBI Director one week before 9/11. Although he maintained a public pose of independence and fairness, his tenure was replete with partisanship, duplicity and illegalities. He was publicly shamed by the DOJ (Department of Justice) Inspector General’s 2007 report laying bare FBI abuse of the USA Patriot Act. The IG report hammered the FBI for sending out hundreds of thousands of National Security letters which 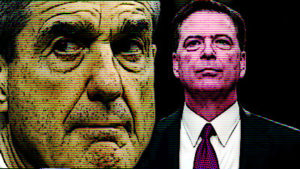 required telephone companies, internet service providers (ISP), banks and other financial entities, even libraries to hand over privileged and often Irrelevant (in the view of the IG) data on American citizens without court approval. Mueller’s star power took a drubbing that year. Here is Chuck Schumer in 2007 huffing and puffing about this dastardly deed: “…a profoundly disturbing breach of public trust…They [FBI] didn’t comply with the most meager reporting requirements.”  What a difference a decade makes. This is the same Chuck Schumer on May 5, 2017 describing the appointment of Robert Mueller to be Special Counsel for the DOJ: “Former Director Mueller is exactly the right kind of individual for this job…”

Schumer’s ‘shock’ at finding illegalities at the FBI is about as genuine as Captain Renault’s “I am shocked, shocked to find that gambling is going on in here” (as he accepts his winnings in Casablanca). It wasn’t only the politicians. The media was equally shocked.’ “NBC News has learned that…the government has been collecting records on every phone call made in the United States.”  Not to worry, by 2017, all was forgiven and forgotten and the media was singing a different tune praising Mueller as a “solid citizen (CNN) …the Special Counsel America Needs…a pro who…is broadly respected in both parties…for his competence and integrity.” (Nicholas Kristoff, NYT)

Let’s see how all this ‘competence’ and ‘integrity’ during his FBI tenure made America great. A review of his activities after 9/11 reveals that his basic MO was to support the lies and illegal activities of his bosses (i.e. Bush, Cheney and Rumsfeld, later Obama). He played a major role in fixing the intelligence to make it appear that 9/11 and the anthrax attacks were linked to Iraq and their WMDs (which of course didn’t exist). When that lie came tumbling down, he proceeded to frame two innocent American scientists (one collected $5 million from the government for defamation, the other committed suicide). Integrity being in short supply during Mueller’s tenure at the FBI, shortly after 9/11, Mueller decreed that 1000 immigrants who happened to be in the wrong place (NYC) at the wrong time (9/11/2001) be rounded up and detained. Although none were ever found to be terrorists, some languished in jail for more than a year. [ “…Robert Mueller has sterling credentials and is above reproach.” Republican Sen. Susan Collins in May, 2017] 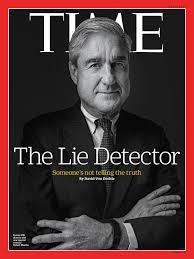 This ‘impeccable’ gentleman was apparently okay with the CIA using torture, including waterboarding, stress positions, and other inhumanities, during interrogations. When one of his own agents blew the whistle on these activities, Mueller did what he always did when faced with misdeeds sanctioned by his bosses—he obfuscated. He ordered the whistleblower agent home, directed other FBI agents not to participate in CIA interrogations, but not to make any written reports about them and the files relating to torture already at the FBI were made to disappear. To put the icing on the cake, Director Mueller (and later Comey when he became director) worked tirelessly to prosecute NOT the torturers but the NSA and CIA whistleblowers who revealed the torture. [“I have the highest regard for his integrity…” Democratic Sen. Richard Durbin in May, 2017]

Mueller’s true identity as the “go-to” guy for the president he happens to be serving was on public display in 2012 when he was asked in a congressional hearing if the President (this time it was Obama he was shilling for) has “the ability to kill a U.S. citizen on United States soil or just overseas.” According to Professor Jonathan Turley, a Constitutional expert, “One would hope that the FBI Director would have the handle on a few details guiding his responsibilities including whether he can kill citizens without a charge or court order.”  Details like the Constitution are clearly not the first priority of this servant of the people. His response “I have to go back [to his boss Attorney General Eric Holder], uh, I’m not certain…”   [“Robert Mueller was a great FBI Director…He’s respected, talented and has the knowledge…to do the right thing…No better person could have been chosen.” Democrat Sen. Dianne Feinstein in June, 2017]

As politicians are famous for developing amnesia on cue, the current lionization of Robert Mueller despite his checkered career, his indifference to the rule of law and documented history of standing mute in the face of serial abuses of power by his bosses is not particularly shocking. 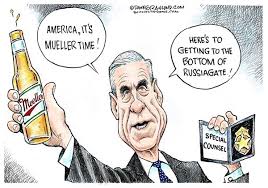 That Congress and the media would be doing handsprings over his selection when it is clear he has to adjudicate the contradictory claims of James Comey, fired FBI Director, and President Trump.  Particularly in view of James Comey’s own comments about the relationship between the two: “one of the closest working relationships the top ranks of the Justice Department have ever seen.” [“Robert Mueller managed…as FBI Director to stay above the partisan fray carefully cultivating a rare reputation for independence and fairness” The New York Times editorial in May, 2017]

Robert Mueller aside — It’s time for the Beltway Buddas to cut out the hi-jinks, start paying attention to the people’s business and end this political soap opera. While they fiddle, America burns with crumbling infrastructure, jobs that don’t provide a living wage, opioid abuse causing death and ruined lives, a penal system for the benefit of private corporations, looming environmental catastrophe, a generation of young Americans facing a lifetime of debt and a healthcare system that provides neither health nor care.

When you think about it— Perhaps Robert Mueller is the best candidate to run a pretend investigation gathering pretend facts for a pretend problem.