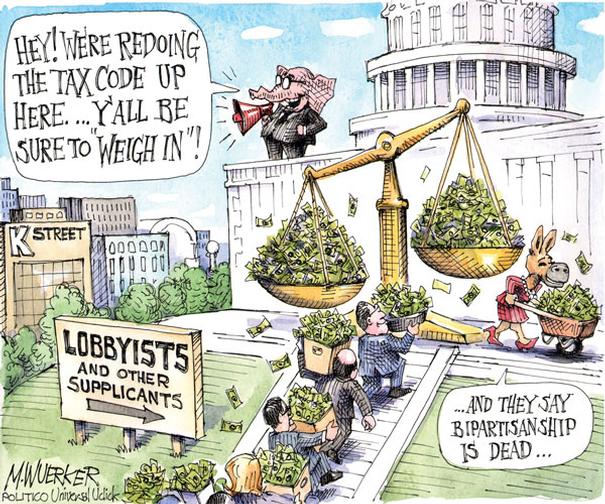 A Possible Cure for the “Hillary Lost” Blues

Good news for those of you mired in the grieving process over the election results. Maybe not so much good as mitigating. Let’s go for a two-pronged remedy. First, visit SA’s October issue and read “The Company He (and She) Keep.”  It may not make you happy to view the CV’s of the assorted scoundrels (e.g. Ken Salazar, Energy Secretary under Obama and head of Clinton’s now-defunct transition team whose fealty to the oil and gas industry is boundless), naysayers, and ethically myopic politicians (e.g. Clinton’s VP pick whose penchant for high living as Virginia governor made Christmas an everyday affair at the mansion).

How do you top that? With Larry Summers, Bill Clinton’s Treasury Secretary and Magister Ludi who succeeded in blowing up the world in 2008 with the help of his friends. Would Summers have been appointed Treasury Secretary in a Clinton II administration?  Hard to say. The smart money was betting on it. But there were roadblocks: his facility for “foot in the mouth” syndrome, his unsolicited advice to the Clinton campaign that no less a luminary than John Podesta, Hillary’s campaign chairman, dismissed in early 2016 “Worst advice ever. Wrong then [approving the Wall Street bailouts] Wrong now.”

Opportunists on the order of Larry Summers are as numerous as ants at a picnic in the upper echelons of both the Republican and Democratic parties. How they got to their exalted positions, how they remain despite mountains of evidence signaling their unfitness and why each new generation of ambitious politicians turns to them for advice has more to do with the unbearable hubris alive and well in every corner of the Washington pigpen surpassing any genuine concern over the plight of Americans caught in an economic death trap. Granted that, Larry Summers’ nine lives as a respected economic adviser to presidents Clinton and Obama and possibly even another Clinton had she won is still an outlier.

A stroll through his CV is akin to Dante’s journey through hell. Skipping for the moment his infamous 1991 World Bank memo (we’ll get to that stunner later) let’s look at his dip into the deep end of the Washington political pool—his 1995 appointment as Deputy Treasury Secretary by then Treasury Secretary Robert Rubin, another trusted advisor to the democrats who made his hundreds of millions bankrupting hundreds of millions. After playing a leading role in the negotiations leading up to the WTO agreement (opening world markets to unregulated derivatives and other risky financial products), Summers was promoted to Treasury Secretary where he completed the rout of the US economy leading to the 2007-2008 financial meltdown.

In 1999, with both Bill and Hillary’s blessing, he rammed through Congress repeal of the Glass-Steagall Act, a law passed in 1933 prohibiting commercial banks from merging with investment banks, security firms, and insurance companies. Almost overnight, “too big to fail” banking behemoths dotted the landscape. Summers’ announcement of the repeal beggars belief —“Today Congress voted to update the rules that have governed financial services since the Great Depression and replace them with a system for the twenty-first century.” In a leaked e-mail, Shelia Bair, former chairwoman of the FDIC (Federal Deposit Insurance Corporation), assessing Summers’ fitness to serve as Hillary’s Treasury secretary pinpoints the fall-out from that “system for the twenty-first century.” She points out “the policies he [Summers} has embraced have done a lot to help Wall Street but not much for Main Street.”

He wasn’t done. Let’s see what the National Commission on the Financial and Economic Crisis (one of those numerous Monday morning quarterback commissions set up post crisis making official what everybody already knew) made of his gerrymandering of the US financial system via the 2000 Commodities Futures Modernization Act — The enactment of legislation …to ban the regulation by both the federal and state governments of over-the-counter derivatives was a key turning point in the march toward financial crisis.” In another leaked email, Bair laid it on the line regarding Summers’ economic judgment:  [Summers participated in the] “deregulatory cabal that got us into the 2008 financial crisis”

Not that he wasn’t warned. Here’s Brooksley Borne, Chairwoman of the CFTE (Commodities Futures Trading Commission} “an unregulated derivatives market could pose grave dangers to our economy.”

Having finished off the functioning economy, he turned his considerable talents to refuting climate change. You heard it right—he was the leading voice in the first Clinton administration inveighing against the US taking a leadership role in the global effort to curb greenhouse gas emissions and strenuously opposed the Kyoto Protocol (climate change treaty on greenhouse gas emissions).

Right about now you’re probably thinking the punishment for this unbroken string of blunders, miscalculations, high crimes and misdemeanors was almost certainly banishment —from the halls of power in Washington, from the power elite on Wall Street, and from the institutions we laughingly consider centers of higher learning. You’re wrong on all counts. The power elite in business, politics and academia have different standards when it comes to one of their own. If you are caught stealing a can of pickles from the local Food Mart, jail time is not out of the question. If you are Larry Summers, water carrier for the elites, and you torpedo the world’s economy your comeuppance is…a stint as Harvard’s top banana where you lose $2 billion in endowment funds by ignoring the advice of professionals (squandering $1 billion of it on toxic interest rate swaps). Booted out of Harvard after an anti-feminist screed on women’s innate inability to compete in the upper echelons of science and engineering, he landed on his feet again in 2009 when the Impresario of Hope and Change called on him to lend his economic “expertise” to the new administration as the director of the National Economic Council. He went right to work engineering the bank bail outs, masterminding the weak stimulus package and watered down structural reforms of Dodd Frank.

He is now the ex-Treasury Secretary, the ex-Harvard President, the ex-Chairman of the National Economic Council and a well-paid board member for a number of corporations. As final proof if any were needed that a leopard cannot change its spots, Summers is on the board of LendingClub Corporation, an on-line trading platform, whose ethical and possibly criminal improprieties include a business culture that encouraged employees to alter information on loans sold by the company.

Behold the unofficial CV of the guy on the short list for Treasury secretary in the never-to-be Clinton (Hillary this time) administration. Words fail me.

One more amazing revelation awaits you. It’s known simply as The Memo. Reactions to it range from repugnance to disbelief and distaste. A nasty little document that our boy Larry wrote (and later disavowed) when he was the chief economist at the World Bank. For those of you unfamiliar with its operation, the World Bank is a global ponzi scheme in collusion with its cousin the IMF (International Monetary Fund) stripping third world countries of their already slim to non-existent social safety nets forcing desperately poor countries to sell off their natural resources and infrastructure to “friends” of the bank (wealthy oligarchs, corporate bad boys and the like). No surprise that such a repulsive and disturbing piece of economic claptrap should issue from one of its mouthpieces. By quoting a few of the juicier remarks, we’ll let the memo speak (rather shout) for itself.

…a given amount of health impairing pollution should be done in the country with the lowest cost, which will be the country with the lowest wages,…the economic logic behind dumping a load of toxic waste in the lowest wage country is impeccable…I’ve always thought that under-populated countries in Africa are vastly UNDER polluted, their air quality is probably vastly inefficiently low compared to Los Angeles or Mexico City…The concern over an agent that causes a one in a million change in the odds of prostrate cancer is…going to be much higher in a country where people survive to get prostate cancer than in a country where under 5 mortality is 200 per thousand. (underlining mine, capitals his) 12/12/91

P.S. Reaction to the letter from Brazil’s then-secretary of the environment, Jose Lutzenberger: “Your reasoning is perfectly logical but insane. Your thoughts [provide] a concrete example of the …social ruthlessness…arrogant ignorance of many conventional ‘economists’ concerning the nature of the world we live in.

Two different fates met these two men. Summers became Secretary of the Treasury and Secretary Lutzenburger was fired. Moral: To be politically connected is to be invulnerable.

Larry Summers —The gift that keeps on giving.